Winning film, 'The Red Stain' was written and directed by The Directors Bureau’s Rodrigo Saavedra 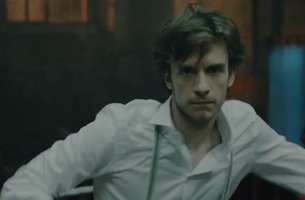 The Family Coppola premiered its first original branded short film, The Red Stain, written and directed by The Directors Bureau’s Rodrigo Saavedra, during the Sundance Film Festival on Friday night in front of a packed audience. The brand also unveiled the winner of the Francis Coppola Director’s Short Film Competition, Sombras (Shadows), directed by Jon Ayon.

The Red Stain is a 10-minute film set in Italy that follows a longtime married couple with a dry-cleaning business as they swap sensational stories to explain a mysterious red-wine stain on the garment of their handsome young customer, Billy. As their debate progresses, the tall tales climb higher, until the couple is left with a mixture of awe and suspicion for their American visitor. With a watchful eye, viewers can find carefully placed Easter eggs throughout the film

A Cannes Lions–winning director, Saavedra crafts films that meld humour with brand focus, bringing a dose of smart comedy and narrative through-line to his work, and that sentiment is evident in The Red Stain. Saavedra is known for his artistic approach to brands such as Corona, Chivas and Volkswagen, among many others. Accomplished filmmaker and entrepreneur Roman Coppola helped select the Brazilian director, who he felt really captured the essence of the Coppola brand.

The Francis Coppola Director’s Short Film Competition was a collaboration with Zoetrope: All-Story and Francis Ford Coppola Winery, the exclusive wine sponsor of the Sundance Film Festival. The competition received nearly 1,000 entrants, which were narrowed down to a total of five finalists selected by Roman Coppola: Jon Ayon (winner, Sombras (Shadows)), Gus Péwé (This Vacuum Is Too Loud), Odessa Young (Upside Down Feeling), Matt Nelsen (“Banging Ideas”) and David Bornstein (A King’s Betrayal). Film buffs can still cast their votes for the competition’s Viewer’s Choice Award at www.TheCoppolaClub.com.

The winning selection, Sombras (Shadows), directed by Jon Ayon, a Mestizo filmmaker and son of immigrants from El Salvador and Mexico, is the touching story of Jon’s parents’ immigration to the United States. The filmmaker’s emotional interviews with his mother and father about their experiences as undocumented immigrants give the audience an intimate, firsthand accounting of the fear, uncertainty, and hope that marked their journeys to this country and continue to define their lives.

All five short film competition finalists and The Red Stain can be viewed in their entirety at www.TheCoppolaClub.com.