The Fall of BHS - a Brand Without Purpose 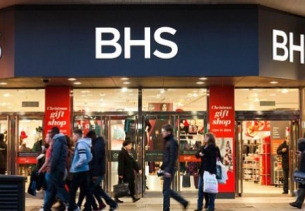 ‘Where your talents meet the needs of the world, there lies your purpose’, so said Aristotle, a very long time ago.

‘Brand Purpose’, or the idea that brands perform better when their actions are inspired by a higher order value that they share with their customers and staff, has taken on a quasi-religious status among the marketing community of late. So widespread has this strategic approach become, that it’s in danger of becoming a dogma, and dogma and creativity – like dogma and most things – are a potentially dangerous, stifling, mix.

However, if ever there was an argument for why brands do need a strong purpose to survive it’s BHS. The soon-to-be-defunct department store has been slowly drowning on high streets for seven years now, with debts of more than £1.3bn.

As early as 1989, there were signs of trouble: faced with declining sales, parent company Storehouse was forced to reshuffle its management teams, cutting 900 jobs in the process. Arguably, that was the year that BHS’s current terminal woes can be traced back to, for it was also in 1989 that Sir Tim Berners-Lee invented the world wide web. And, of course, the sweeping changes brought about by the internet have ultimately proved too turbulent for BHS to navigate. Where rival M&S has innovated, embracing change with a stylish website, online shopping initiatives, simplified supply chain, focus on sustainability and of course its unique food offering, BHS faltered.

The needs of the world moved on, but BHS did not. Its trading offer remained in the 1980s, the stores looked dated, and the master brand, which had received no significant marketing investment, stood for nothing.

So could anything have been done differently? Was there a potential brand purpose that BHS could have clung to, to help it stay afloat?

Often, when seeking to identify a brand’s purpose, it pays to looks back to its founding impetus, in search of the spark that led to its inception, to see if it can be reinvigorated for a new age.

British Home Stores was founded, somewhat ironically, by a group of American entrepreneurs in 1928. At launch, the new department store offered customers a clear promise: nothing in here will cost you more than a shilling. A year later, that price threshold rose to five shillings to allow BHS to offer homeware goods such as sheets and curtains. Still, the brand’s role was clear: a democratised department store on every high street, offering affordable clothing and homeware of acceptable quality.

This positioning served the brand well for many years, until a new group of discount rivals, such as Primark, appeared on the scene, and value-driven supermarkets, such as Asda, began expanding their offer to include school uniforms, which had previously been such a stalwart of BHS’s sales. BHS found itself de-positioned, unable to compete on the terms on which it had entered the market. Pricing could no longer be the foundation of a strong brand purpose for BHS.

What about that other all important ‘p’ of marketing: product? Could that have provided a clue as to a new purpose for BHS? Perhaps… if only the strategy had been more joined up. The past 12 months have seen trials of a food offering in a handful of stores, and a collaboration with Claire’s Accessories in a last-ditch bid to get more teenage shoppers through the doors. There was one area of BHS’s product range that, in all senses, outshone the rest of its offer: lighting. But there was no discernible bigger picture, no shared dream that BHS was selling to the public.

Perhaps there might have been a way to take the learnings from lighting – where a strong focus on design led to the creation of covetable products at affordable prices – and apply them across the business; or perhaps the brand could have leant more heavily on the word British in its name, using national pride as the inspiration for a new product and marketing strategy that could have run across food, clothing and homeware.

It’s too late now, of course… BHS is officially in administration, and a Polish fashion chain, as yet unknown in the UK but famous in Eastern Europe, is signed up to take over its flagship Oxford Street store. The needs of the world have indeed moved on…

This article was originally published on The Drum