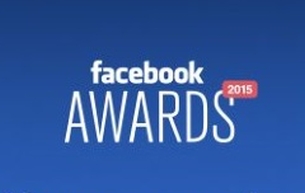 Today Facebook announced the winners of its fourth annual Facebook Awards recognizing the best creative work on Facebook and Instagram in the last year. The 2015 Facebook Awards represent the biggest and most inspiring creative collection yet with over 2700 submissions from 160 countries that offer a snapshot of the state of creativity and innovation across the industry.

This year, the Blue Award — the top honour in Facebook Awards — goes to Leo Burnett and Procter & Gamble for their inspiring Always' Like a Girl campaign. The Blue For Good Award — recognizing excellence in campaigns created for charitable/non-profit organizations — goes to the ALS Ice Bucket Challenge, a campaign which reset the bar, reaching more people than any event in Facebook history other the 2014 World Cup and raising more than $220MM.

Since last year's Facebook Awards, Facebook and Instagram have grown significantly and given the explosion of mobile and video consumption, brands are building richer and more immersive stories for their audiences on these platforms. Click here to view the winning work.

The The ‘Love Has No Labels’ campaign, created by R/GA for the AdCouncil, goal was to open everyone’s eyes to bias and prejudice and work to stop it in our friends, our families, our colleagues and ourselves.

To help overturn Under Armour's uber masculine image Droga5 created the “I Will What I Want' campaign, which celebrated all women defying expectations and ignoring the noise of outside judgment.

To help create buzz for LOT Polish Airlines in the media, DDB&tribal Warszawa created a campaign that brought everyone together by hanging mistletoe in each airplane, thus hanging it above the world. Through a responsive website, consumers were able to see the current position of the mistletoe and routes of the LOT airplane. Giving everyone around the world a reason to kiss.

LA Red was tasked with making sure the pro_cee’d GT, the first high-performance model in the Kia range, caught the attention of the digital advanced target group, which are young, dynamic and exclusively male. LA Red created a viral gaming app that reflects all the characteristics of the pro_cee’d GT itself: dynamism, sportiness and innovation. With the aim of encouraging our target group to get to know the brand and product in a playful way, enjoy themselves along the way and recommend the app to their friends and driving awareness of the pro_cee’d GT.