The Evolution of the Agency Producer 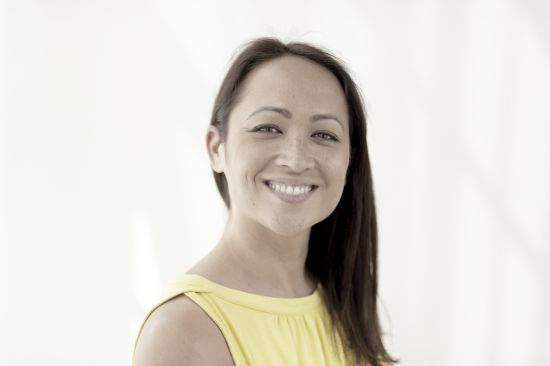 I started my advertising career in 2006. Nearly 11 years ago, which in the grand scheme of things isn’t a long time.

But in that time, advertising has changed beyond recognition.

In 2006, everyone had a Blackberry. Camera phones produced grainy pixelated images that you had to squint to see. Facebook hadn’t even launched in the UK and YouTube was something that no one knew about.

My first job was at BBH, one of the greats, as a System Project Manager on British Airways. BBH had just won the business and needed an admin monkey to look after all approved assets and manage an approvals site between agency and client. I knew I wanted to work for this amazing company, so I was up for doing pretty much any job going. Without realising it, this was my first step into Digital Production.

There was something about this digital stuff that came naturally. But it wasn’t creative enough, so I switched jobs and went off to become a Producer. I loved it. I was able to gain experience in print and art buying while being heavily involved in the creative process. By 2008,  ‘Digital Project Managers’, who’d been at places making CD Roms, were starting to make an appearance in the agency world. The more I heard, the more I knew I could do something like that. So I did. And again, I loved it.

I’ve followed the same path since then, picking up all sorts of skills with the evolution of digital and content. That’s why I feel the need to write about the evolution of the agency producer, to articulate my thinking and to encourage those that have passion to explore new areas to do so. And also to educate those that still confuse Integrated Producers with Traffic. Believe me, it’s not one and the same.

Growing up as a Producer that had a varied skill set made me different. I was creative, I was technical, I was a Project Manager, I was a Producer… and I was confusing to a lot of people. They didn’t know where to put me. What was my label?

In the old days of advertising, you had your TV Producers and you had Traffic. The TV Producer role is still understood in the same way it was back then, but the Traffic role is no more (in my humble opinion – I know some agencies still follow this model…).

In 2006, a lot of the ex-Traffic roles were now hiring ‘Project Managers’ or ‘Producers’. But new job title aside, the role was still that of someone trafficking work. This is where the hunt for ‘my label’ started to become essential.

Having recently joined iris as Head of Integrated Production, I wanted to ensure clarity of vision from the offset. In order to do that, I defined a Producer model.

In the past, people have referred to the ‘T’ shape Producer. For me, it just felt like that there were a few stems missing from that diagram.

This is where the ‘X’ and the ‘I’ shaped Producer was born.

I truly believe that we need our specialists. We need those people who excel in outstanding film production, high profile photography commissions, and hard core digital tech. Without these people in our agencies, our juniors and ‘integrated’ producers will never be able to learn or grow. These are our ‘I’ shapes.

Then we have our ‘X’ shapes. This is me.

What I have found interesting is that now that we have a clear articulation of the ‘X’ role, I am finding more and more fantastic people. People that have a core strength in film, or experiential, or photography, who all thrive in the creative development stages. We no longer have the need to have 4 different Producers work on a 360 brief; the client budgets certainly can’t afford that luxury any more. At iris, we’re becoming lean and nimble in our approach to producing work, which in turn leaves a bit more money for us to craft and make the creative even better.

For now the model works, but I can guarantee that this will need to evolve again to fit with the ever changing landscape. If in just the last ten years the behaviour of people has changed so much with the launch of Facebook, YouTube and the iPhone; where will we stand in another ten years?

All the buzzwords of today are shaping what we need to know for the future. Yes, sometimes they can be slightly face-palming; but for the producers among us, it’s worth paying attention. It’s how you stay ahead of the curve (buzzword *face-palm*) so that when the future does come, we won’t need to define roles by labels or create a new model. We’ll have already made it, constantly evolving, constantly responding, always effective.

Amy Eagles is Head of Integrated Production at iris