The Evolution of Cannes: For Better or For Worse

Is Cannes about to jump the shark? Managing Partner at MCD Partners David Eastman weighs in 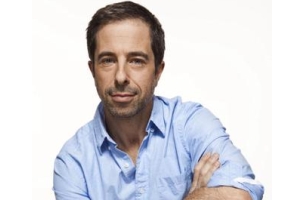 There were over 10,000 more delegates at Cannes this year than in 2009. Maybe understanding who and what is fueling this growth will give us an insight into what the International Festival of Creativity is really becoming, apart from overcrowded. First of all let's look, broadly, at the attendees: there was representation from Silicon Valley start-ups, established Ad Tech platforms, Hollywood, VC's, the music business, media moguls, middle-men, middle-men for the middle-men, socialites, social media 'personalities' and, finally, brands and their agencies.

With 'main stage' appearances from Monica Lewinsky, Marilyn Manson and Al Gore (to name but a few), exclusive performances from artists including Beck and Sting, and the Croisette resembling the opening sequence from HBO's (also in attendance) 'Silicon Valley', it's legitimate to ask, 'What exactly is going on here?'. ‘Have I gone to a commercialized mash-up of TED and SXSW by mistake’? Have I gone to something that resembles an Industrial Roofing convention as Jeff Goodby described it half way through?

What’s abundantly clear is that this is an event where the 'who' is now pulling focus from the 'what'. And if by now you've forgotten what the 'what' is, it's the work, the work, the work. But the work is getting buried by the noise, and column inches driven by the ‘who’. And what of the work? The work of 2015 is where ordering a pizza with an emoji via Twitter wins a Titanium Grand Prix. Where a virtual reality reader made from cardboard, called Cardboard, wins a Grand Prix for Mobile – without any agency involvement. Hang on a minute. No agency involvement? Is that allowed? And while we’re on the subject of no agency involvement, why are my clients talking directly to Ad Tech companies without going through us? What’s the big idea? Shouldn't we be coming up with that?

I read somewhere that Cannes is about to jump the shark. I utterly disagree. The Cannes Festival of Creativity has simply evolved. The truth well told, is that creativity is like a shark. It needs to keep moving forward or it dies. And what we have on our hands here, ladies and gentlemen, is the biggest, fastest moving shark ever. It attracts a big and diverse crowd and it’s going to swim ever faster and eat anything that prevents it moving forward. And it’s beautiful because it’s what we need.