To Brexit or not to Brexit? MullenLowe London reaches UK voters with new campaign 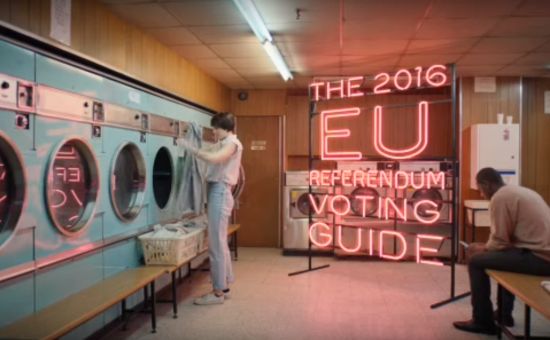 MullenLoweLondon and The Electoral Commission have launched a major public awarenesscampaign to remind people they must register to vote by the 7 June deadline ifthey want to vote in the EU Referendum.

The Electoral Commission is sending an impartial informationbooklet to 28 million households across the UK starting on Monday 16 May. An accompanying ‘Unmissable’ integrated campaign launches this week and willrun until polling day, appearing across TV, radio, video on demand services,billboards, digital and social media.

The campaign is designed to ‘cut through’ the noise thateveryone will be hearing about the EU referendum by creating eye-catchingadvertising ‘you can’t miss’. The TVC was directed by Nadia Marquard Otzen ofAcademy films. It is based on a successful campaign the Commission andMullenLowe London ran ahead of the Scottish independence referendum where bypolling day 84% of people surveyed said they recognised the advertising.

Alex Robertson, Director of Communications at the ElectoralCommission said:

“This is an historic event and we don’t want anyone to missout.  A lot of people won’t have voted in a referendum before or will beunsure what the question is.  Our booklet and associated awarenesscampaign gives everyone the information they need.”