The Donald: Outmarketing the Marketers

The Influencers 549 Add to collection 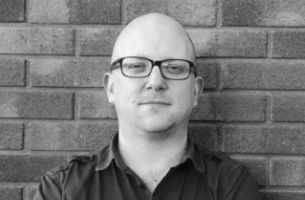 Donald Trump is the man who outmarkets the marketers. His rise is the story of modern marketing. Whether by design or instinct, he effortlessly weaves together the trends and tropes you and I talk about every day. And in doing so, he’s turned US politics on its head. So…what lesson should we take as marketers?

Disruption, and the disruptive disruptors who disrupt

Disruption, like innovation, is constantly talked about in agency-land and rarely achieved.

‘The’ Donald, on the other hand, hasn’t so much disrupted the usual party process as laid waste to it, and all who stand before him. It’s why they call him 'The Chaos Candidate'.

To be disruptive requires a weakness in the existing order. In this case, the growing chasm between the political class and the white working classes. The politicians seem aloof, privileged, unreal. They never swear. They say things like ‘a raft of initiatives’. Donald - yes, trust-funded, privately schooled Ivy Leaguer Donald - is different. J.D. Vance, author of the must-read 'Hillbilly Elegy', understands the draw: “What elites see as blunders, people back home see as someone who - finally conducts themselves in a relatable way. He shoots from the hip; he’s not constantly afraid of offending someone; he’ll get angry about politics; he’ll call someone a liar or a fraud. This is how a lot of people in the white working class actually talk about politics".

Like UKIP’s Nigel Farage, who led the charge for Brexit in the UK, Trump knows his audience and speaks directly to them. In doing so, he highlights the sterile, media-trained norms. Like BrewDog’s epic “formal apology to Portman Group for not giving a shit”, the very act of talking normally shows who isn’t. Trump displays, at least on the surface, that very ‘human’ essence that all brands want to achieve – a relatable, authentic persona. But maybe Trump has pioneered a new variation: ‘fauxthentic’

The Twenty-Teens has been the decade of emotional advertising (sorry, ’storytelling’). Instead of BOGOF and sales, large parts of the industry have decided that the best way to make you buy products and use services is to make you cry.

Trump eschews ‘sadvertising’, but his appeal to the emotions is just as strong. He is, to put it charitably, a bit light on coherent policy, but in ‘Make America Great Again’, he has a great emotional tagline. Like Vote Leave's ’Take Back Control’, it’s universal yet personal. It’s vague enough that anyone can hang their own meaning on it. It’s ‘Belong Anywhere’. It’s ‘Just Do It’.

(Of course, this isn’t unique to The Donald: ‘Yes we can’, anyone? And Bernie’s ‘America' ad wasn’t exactly overflowing with rational talking points).

His emotionally-led treatment of other candidates is an object lesson in Trott-style Predatory Thinking. He’s not out to win on his merits, he’s out to mercilessly beat his opponents. Crooked Hillary, Little Marco, Low-Energy Jeb: these have become part of the conversation. They’ve become memes. To some, they’ve become the truth.

For years, Trump was little more than a perma-tanned business guy with a deep-seated need to put his name on things: clothes, buildings, vodka, steaks, fragrance, university, casino, chocolate, board games… the list goes on (and on). It made him a figure of fun… with huge name recognition. And the Mere Exposure Effect tells us that familiarity doesn’t breed contempt – it breeds positive feelings and likeability. So while it gave Obama a killer line at the White House Correspondents Association dinner, Trump’s time on The Apprentice and naming-mania are exactly the kind of facilitated recognition to build Memory Structures on which Prof. Byron Sharp has built his reputation.

With an estimated $1bn in earned media in July alone, those Memory Structures are staying refreshed. And of course, in one of the most powerful self-supporting media feedback loops since Gangnam Style, each piece of coverage raises his profile, generating more coverage, increasing profile and so on.

Interestingly, Hillary’s game is, if anything, more current. Thomas Gensemer, former CEO of Blue State Digital (the team behind Obama’s 2008 campaign), describes a changing role for digital in the Presidential race: if 2004, 2008 and 2012 were fundraising, this year it’s data driving targeted PR & advertising. Journalists have come to expect greater and greater access to candidates, and they certainly do via Twitter (no prizes for guessing which candidate described themselves as “the Ernest Hemingway of 140 characters”. Hillary’s ‘Programmatic PR’ approach means that her campaign is picking and choosing which journalists and outlets to speak to, using data-crunching dashboards to work out who will get her message to the right audience at the right time. Her TV strategy is the same: you won’t see huge national attack ads, you will (if you’re a voter in marginal state) see highly-targeted ads on specific issues, driven by data.

So which model will prevail: Hillary’s big-data corporation or Donald’s maverick start-up?

And what’s the lesson for our industry? Trump displays all the outward signs that we as marketers strive to achieve for brands – emotionally-driven, human, authentic, and it’s energised a fervent fanbase. Yet, ‘outward’ is the operative word here.

It remains to be seen whether this fauxthenticity can carry him through to November and ultimately, whether the story of Trump will be simply a curiosity, or actually a cautionary tale about the tools at our disposal. ‘Yes we can’ doesn’t always mean ‘yes we should’.

Caspar Mason is a Senior Creative Strategist at Jack Morton