With a background in VFX and bold comic book references in abundance, the Unit9 director takes pride in the depth of his storyboarding to get the look he wants 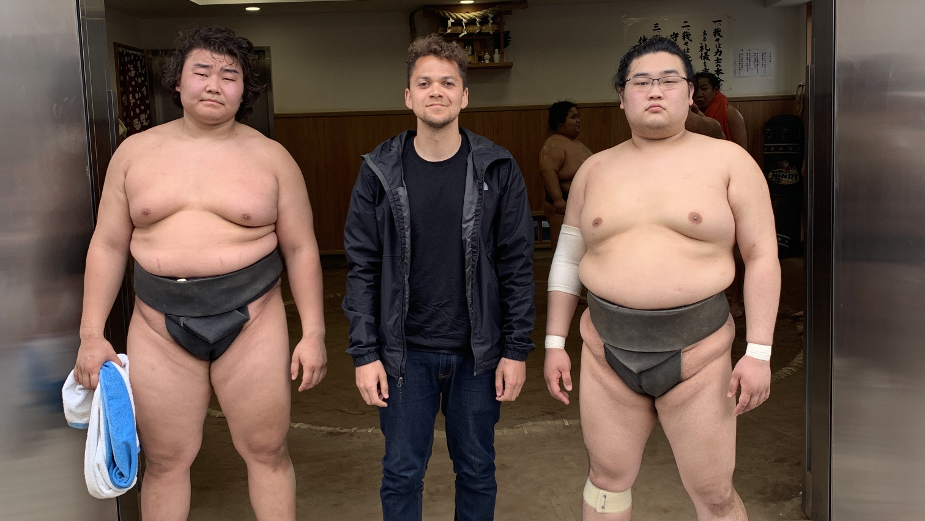 Tom Brown has honed his craft working in the leading post-production houses in Soho. It was here that he became fluent in VFX, writing and storyboarding before moving into directing at digital agencies, heading up in house departments and also as a freelancer. Influenced by comics, Japanese advertising and bold graphic design –  his style encompasses everything from comedy to action and his work is always kinetic, crisp and colourful.

What sort of scripts get you excited to shoot them?

The best scripts tend to be the ones that have a little bit of room within them. The framework of an idea that you can bring some of your own creative style to. Working within a house or brand style can be super engaging. But the really exciting stuff is where you can bring something unexpected to it.

Everything tends to have its own unique language - whether that be a product or a time of year or a type of person. There are always accepted tropes within a subject that are pretty powerful start points because they are part of a cultural common tongue. I usually find the thing that ‘everyone’ knows or relates to about the topic, then try to present the old adage in a new way.

If the script is for a brand that you’re not familiar with, how important is it for you to do research and understand that strategic and contextual side of the ad?

Research is everything. I spend a lot of my down-time curating and collecting reference material - and these glorified Pinterest boards cover all types of potential shot and storytelling devices that I want to try. This kind of daily practice means that I’ll usually have some kind of first foothold with a concept even if it’s not a brand/subject that I’m familiar with.

I’d have to go with the DOP. From my perspective, the ‘look’ of the work is probably the thing that first catches an audience’s attention and also the thing that makes it memorable after the fact. Also having a shorthand with your DOP means that you can sometimes get more out of a shoot day than you would otherwise manage.

A lot of my influence comes from comic books and animation - and one of the interesting things that happen in those mediums is that time becomes elastic. You can pull a moment out like taffy or make it happen in a few sudden seconds. Although not a genre - any story that has the potential to play with time like this tends to grab my attention.

People often assume that the way I use the camera (whip pans, long tracks, dolly zooms) takes a lot of time on set. I tend to work very closely to my storyboards which allows for a lot of pre-visualisation and testing. On set I’m often just executing something that we’ve run through numerous times on build days - so it’s quicker than people realise. Where I do like to spend time is giving actors space to bring something unique to the lines - saying it in their own rhythm so we get the heightened camera moves I prefer - but with natural sounding speech.

Yes, recently on some pharmaceutical work. It was like any other part of professional creative work - a compromise. I started out making ultra-low budget music videos and web spots, so I feel like I come from a place where we were having to think around cost implications a lot. Sometimes restrictions can push you to a better solution. One of the Steadicam effects that I use most often,  I discovered because we couldn’t afford to shoot with a Phantom on a music video.

We once had to do a 360 satellite camera move that looped over a swimming pool - with an actor bursting out of the water surrounded by gleaming strawberries. That was a bit of a tricky one but we were lucky enough to be working with an engineer who built his own satellite rig - we found a great pool at the back of a location house and we bought A LOT of plastic strawberries… so many strawberries. What I love about that kind of showstopper shots is that they elevate the work to something people want to watch over and over - which is gold dust for an ad.

This is always a wrangle - but it’s usually about communicating the idea as clearly as possible so that brand and agency are on board with what you’re trying to make. I do this by showing as much reference as possible and even creating my own animatics and drawings - If you start off wanting similar things, the end result doesn’t become a tug of war.

As someone who came to directing quite late I love this idea. It can be almost impossible to see creative career paths when you’re not within a system. I think adding entry points for people with talent is how we’ll find the next great directors and even a cursory scan of social media usually throws up 100 people making work that I’d like to see on a bigger scale.

It feels like we no longer live in a time where we can be blasé about health and communicable disease. One of the things that I’ve noticed is the way in which all sides of the industry have taken on the new regulations, making sets safer and keeping everyone working. I can only applaud this reaction and hope that we’ll be able to keep making stuff as we move forward.

Your work is now presented in so many different formats - to what extent do you keep each in mind while you’re working?

Coming from web commercials this wasn’t as much of an imposition for me. As I mentioned - a lot of my influences are comics and animation - so I’m used to fitting action and information within a specific frame size. Obviously working to three frame sizes at once is never ideal - but I’ve slowly started to build a set of tools to get the best work possible in square, portrait and landscape.

What’s your relationship with new technology and how do you incorporate future-facing tech into your work (e.g. virtual production, interactive storytelling, AI/data-driven visuals etc)?

I haven’t made anything using these techniques yet - but with video games outselling filmic entertainment - it begs the question as to whether making adverts more interactive and targeted would give them more impact with a generation used to using scrolling and swiping as visual punctuation. I also try to mimic this in my editing as a whip pan can feel like a swipe which will catch the attention - even if you see it while scrolling.

I directed two spots for adidas where we tried giving the camera its own character. We used Steadicam and then sped up the movement in post to zip from our exposition shots to extreme closeups using one move. This ‘animation’ style zooming is something that typifies the kind of look I like to work with, heightening normal situations until they become as dynamic as an action sequence. I think that these spots managed to nail this idea.