The Directors 65 Add to collection 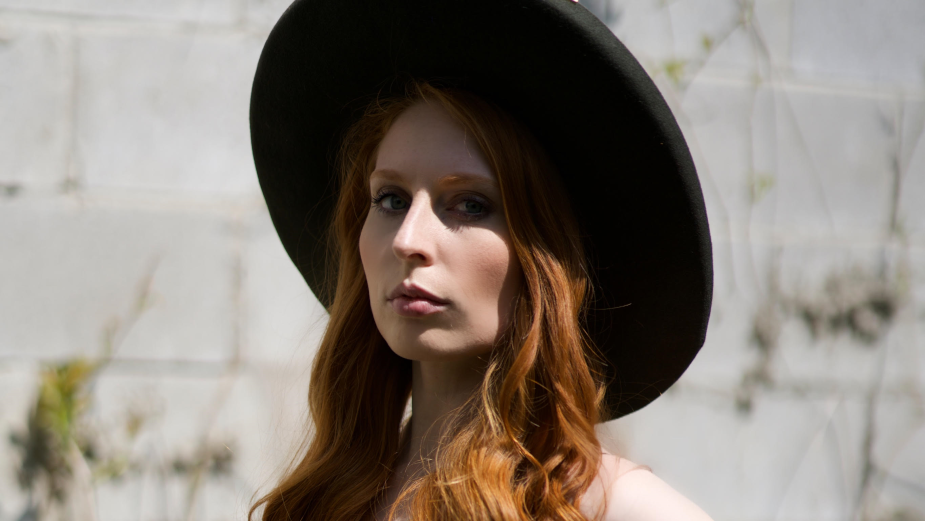 Sara Basso is a director and writer based in Toronto. Sara was most recently commissioned by the estate of Gord Downie as creative director and director on a series of music videos for each of the songs on Gord’s final solo record, Away Is Mine. Sara also directed the award winning commercial campaign to announce the United Nations’ declaration of October 11th as the International Day Of The Girl with Plan Canada.

Her interests in psychology and philosophy are strongly represented in her storytelling with an aesthetic connection to retro-guard North Americana and a taste for European new wave cinema. Her passion lives in telling stories with a focus on equality, diversity, and inclusion.

Sara expanded her work into the non-profit space in 2019, teaming up with friend and frequent creative collaborator Director X to create Operation Prefrontal Cortex; an initiative to bring mindfulness and meditation into schools and communities in an effort to confront Toronto’s rising gun violence crisis. They are currently in production on a documentary entitled Quiet Minds Silent Streets which follows this work within a high-risk community.

When she’s not on set, she can be found musing on a long drive with her dog Bernie riding shotgun.

Sara> The first thing I look for in a script is whether or not it’s relatable. Is this something that I can personally relate to? If it’s not directly directed at me, I try to find my way into the story. I look for specific elements that make it personal or humorous. I get the most excited about scripts that are a bit edgy or tongue-in-cheek in tone.

Sara> It’s always important to start by understanding the client’s expectations; what’s the heart of the story they are trying to tell? Once I have a better understanding I’ll begin building a mood/inspiration board to define the look and feel I’m going for. I look for all kinds of inspirations -- this can be an interesting quote, a piece of art, or an obscure film reference. I try to take a more unconventional approach to my pieces; what will be the least expected, but in the best, most pleasantly surprising way?

Sara> Research is important with every project I work on and certainly helps me find my way into the brand’s story. At the end of the day, you’re never going to be able to sell something that you can’t get excited about. I always look for the relatable piece in the brand, even if it does not speak to me directly. Then from there, I look for fresh and exciting ways to tell the story that get me excited about the creative. The old adage, “write what you know” applies to all aspects of the creative process. You need to immerse yourself to have a full understanding in order to tell the story.

Sara> The working relationship between the director and client is essential. There needs to be trust established between both parties in order to achieve the best creative results. Beyond the client/agency relationships, the most important collaborators are my cinematographer and production designer. They help me construct the world to tell the story in, which is everything.

Sara> I love a good story, regardless of its tone. That’s what’s always kept me drawn to this line of work, especially telling a story in short-form. Having said that, I feel most drawn to stories with a tongue-in-cheek sense of humour or push traditional genre boundaries. I have a fascination with psychology so I love anything that can ever so subtly blur the lines of reality and fantasy, while remaining grounded and human.

Sara> I think the common misconception, and very much prejudice in our industry, is that women should be directing spots about cosmetics and feminine hygiene products. Kinda pisses me off to be honest. I don’t think the industry thinks of female or female-identifying directors as having edge or grit and I would say that my work is very much defined by it. To me the female gaze is not about being gentle or safe. It’s about being raw and real, which is not always pretty and wrapped up in a pink ribbon.

Sara> There have been a number of projects over the years that had their complications. Some of the greatest challenges I’ve faced have often been delivering a big idea on a small budget. Because I started in the industry as a producer, I’m incredibly resourceful when it comes to working on projects with small budgets. My approach is to think outside the box and find ways to create the best possible situation.

One challenge I recently faced was losing a pretty significant amount of time on my day. I’ve never had any trouble making my days but in this case we lost two hours because of a force majeure on set and we had no option to go overtime because of crew turnaround. I had to be quick on my feet and find ways to get what was needed to tell the story in the time that we had. This is where having a shorthand with your creative team is so essential; being able to problem solve on the spot requires a lot of trust that the best solution will win. In this case we came up with an even better ending and wrapped our day with minutes to spare. It’s something I’m incredibly proud of, despite losing some of my “wishlist” shots.

Sara> Developing a strong relationship with the agency and client from the very beginning is essential to the creative process. I often hope for an open/collaborative relationship because I’ve found my best work comes from that. I will always fight for the best creative idea that will best serve (and protect) the initial concept.

Sarah> I think it’s imperative that the industry creates an equal opportunity for everyone. Diversity, equity, and inclusion are three core values that I bring to all of my projects. This has made such a huge impact on the overall morale on set. I’ve noticed that when everyone is fairly represented and able to see themselves in others on set, it tends to create a happier and safer environment.

I am definitely open to mentoring and apprenticeship opportunities on set. It’s something that I’ve made a priority on a few of my most recent shoots whose clients were very open and willing to support diverse mentorship. I wish this was more encouraged when I was first starting out; I feel it would have been a huge opportunity to learn and grow.

Sara> The pandemic has had such a huge impact on the way I work and I believe that it will for years to come. I’m far more accustomed to being able to work from home now, which is to say I’ve become much more comfortable being able to work in a confined space. It’s also expanded the way to work and collaborate with others from afar. Over the course of one year I managed to direct and produce over 20 videos, collaborating with teams that I never actually met in person. I think this will expand work opportunities for a lot of creatives moving forward.

Sara> I think it’s incredibly important to keep the various formats in mind from the beginning of a project, even if it’s not specified by the client. You just never know how something will be repurposed once it’s delivered. Knowing that there are various platforms out there, I look at it as an opportunity to push the boundaries creatively without it impacting the integrity of the work. I’m always trying to think about how my video will look on different screens.

Sara> I’m very open to working with new technologies. An area I’d like to explore is virtual and augmented reality as I believe it’s the future of content.

Sara> I feel that I’ve built quite a diverse portfolio over the years, especially since 2020 when I was given the opportunity to direct a music video series for Gord Downie’s (frontman of The Tragically Hip) posthumously released last album Away Is Mine. This involved ten music videos and ten lyric videos incorporating live action and animation. The videos for “Traffic Is Magic” and “Useless Nights” are standouts from this project.

This year I directed a music video for The Tragically Hip for an unreleased track from 30 years ago entitled, “Ouch”. This was a very cool project for me. I’m a huge fan of the band and I was honoured that they entrusted me with this project. I was also able to work with a dream cast of Jay Baruchel, Rick Mercer, and Rebecca-Jo Dunham-Baruchel.

Finally, I also had the opportunity to direct a very special music video project entitled “For The People” by Promise feat. O’Sound. This music video was created as a celebration of Black workers for Black History Month and a call to action for an ongoing lawsuit against the Federal Government for discrimination. More can be found on this project through www.blackclassaction.ca. I was honoured to be entrusted with such an important social justice project.

Other notable pieces: vitaminwater 'Brilliantworks' series and the proof of concept for “Chorea” 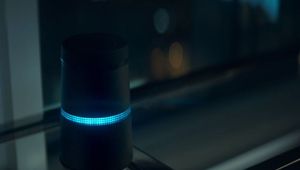 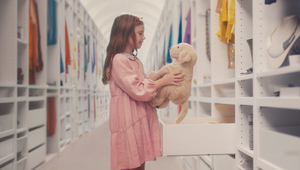 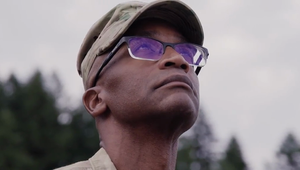 Sara Basso - Promise - "For The People" 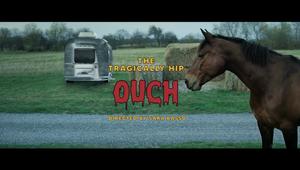 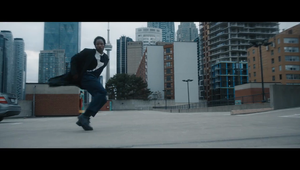 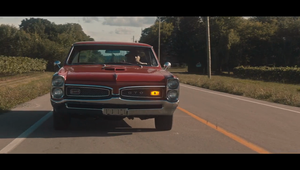