The Directors 65 Add to collection

RadicalMedia director on looking for a good story, capturing authenticity and having an eclectic background 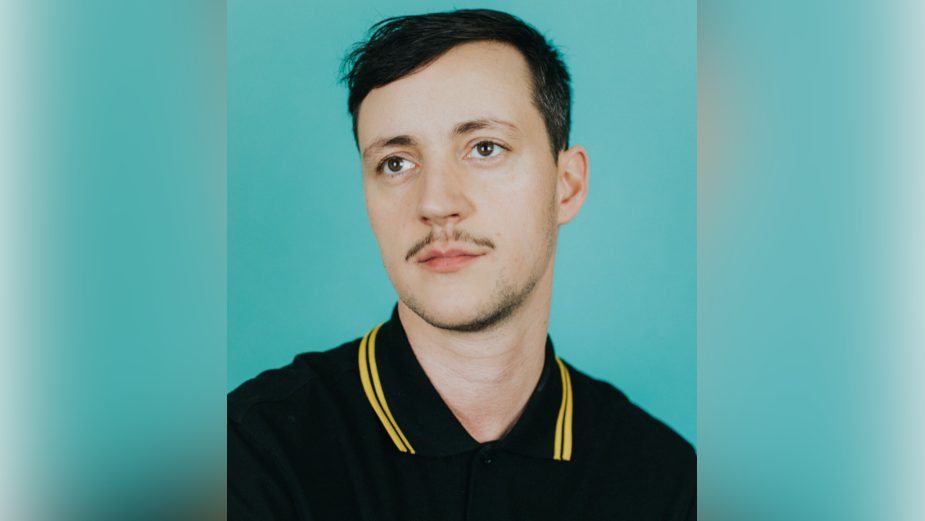 Rhys Ernst is a filmmaker and artist. His debut feature film, Adam, premiered at the Sundance 2019 Film Festival, won awards at Outfest, Oslo Fusion, and the Mezipatra Film Festival, and was nominated for a 2020 GLAAD award.

He was a producer and director on Amazon’s Transparent and created the title sequence for the series. He was nominated for a 2015 Emmy Award for directing and producing the webseries Transparent: This Is Me. In 2016 he teamed up with Focus Features to create the online series, We’ve Been Around.

Ernst has shown work at the Whitney Biennial, the Sundance Film Festival, Oberhausen, the Ann Arbor Film Festival, The Walker and The Hammer Museums; he has won two Special Recognition GLAAD Awards as well as awards at Outfest, Chicago International Film Festival, the LA and the Seattle Transgender Film Festivals. He has been awarded fellowships from the Point Foundation, Film Independent’s Project Involve, Sundance FilmTwo, and the Universal Director’s Initiative. He was awarded the 2015 Point Foundation Horizon Award and the ACLU Liberty Award for his work on transgender representation in the media.

He received a BA from Hampshire College and an MFA from CalArts, and lives in Los Angeles.

Rhys> I always start with looking for a good story— even if the 'story' is small or more symbolic, a hook, a vibe, or a clever way of talking about a concept— anything unique to hold onto. What’s the nugget in there that’s the most interesting, what’s the chewiest part of it? How can I expand that further? Is there an opportunity to show an underrepresented viewpoint, and a way to connect with a wide audience? I want the viewer to lean in, not lean back, so I look at it through the audience’s viewpoint and ask: am I curious to see how this will unfold? If, as an audience proxy, I'm engaged and curious, then I can get excited about translating this script and retelling it to an audience.

Rhys> An adage in screenwriting is 'tell the truth'--meaning, tell the most authentic version of a story. The same adage applies to creating a treatment: it’s the first opportunity to boldly show an authentic, true vision. I try to submerge the reader in the cinematic universe of the spot, marinating them in the look and feel while explaining the thinking behind those choices. Overall, it’s about communicating a vision across multiple levels: verbally, visually, emotionally, practically.

Rhys> I have an eclectic background: my work has spanned scripted feature film, prestige television, and documentary. I’ve also spent time in the art world and like to combine art house techniques with more mainstream ones. One example of this is the Transparent title sequence: I created a version of the title sequence for each season, using original shot footage and found footage to set up the emotional tenor and themes of each season. That resulted in five 45-second art films--one per each season, plus the finale--which have come full circle to be shown standalone in art museums, most recently at the Walker Art Center. I consider myself ‘genre-fluid’: what’s important to me is that my work is humanistic, surprising, and artful.

Rhys> One positive about the pandemic and the shift to remote work is that a new pool of talent has opened up. We’re now able to meet and work with people across the globe and that’s really expanded who can be brought onto projects to collaborate. Not only are some of these remote meetings more efficient--not everything has to be in-person--but it widens the world for all of us beyond the handful of major cities we’re usually based out of.

Rhys> I’ve mentored writers and directors over the years and have previously benefited from being on the other side of that coin. Building inroads between underrepresented talent and the industry has been a cornerstone of my career. I’ve spent years creating and implementing those opportunities, including on Transparent, where I helped develop our ‘Transfirmative’ hiring practices to hire trans talent not just as cast but also as crew. After hiring, educating crew is key-- for example, I generally include a proprietary Trans 101 info packet with all start-paperwork on trans related productions.

It’s all of our responsibilities to go out of our way to hire diversely; my experience in filling roles on a large-scale television production with trans workers has shown that it’s not only possible to hire diversely on this scale, but that it’s relatively easy to accomplish AND it makes the end product better.