The Directors 110 Add to collection

Familia director on where she got her quirks from, the importance of a producer and being a 'lockdown cliche' 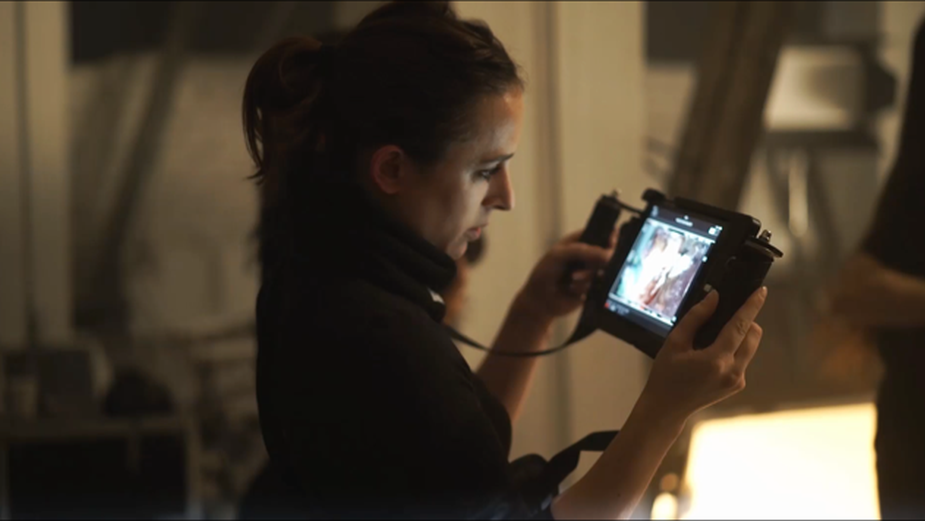 Lisa Paclet is a French-Italian filmmaker based in Paris. She studied graphic design at the Instituto d'Arte in Florence Italy, then filmmaking and animation at Minneapolis College of Art and Design (U.S.A) and she completed an MFA in animation at Les Gobelins in Paris, France.

Lisa> Without a doubt I am most excited by scripts with effects, or visuals that just absolutely floor you.

Honestly, I resonate most with quite absurd and ironic concepts. Anything with really bold visuals, aesthetics, and surreal elements are what excite me the most. I think this interest in the bizarre came from my parents who were extremely eccentric. They were playful people who would actively make our everyday routine full of surprises and absurdities; games where I would ‘catch’ a cardboard monster claw from under a bedroom to name one. I got my quirk from them!

Lisa> The first step for me is to understand what is the core of the idea, what are the pillars on which the concept rests? What is unmovable?

Sketching out the story is the next step; I need to tangibly see the whole idea in front of me. These thumbnails help me understand the flow, framing, movements, beats and then I can start experimenting. I often find myself making happy accidents this way.

I think as a creative you need to be tough on your ideas; you need to ask yourself WHY you want to shoot something the way. Is this serving the idea? Or can I experiment with this further? And so on.

Lisa> If I can only mention one, it has to be the producer. When you find someone who gets as excited as you to see the film come to life, it creates such a bond. Especially during crazy, intense shoots, you become ‘brothers in arms’ in a way and you just have to get through it together!

Lisa> Experimental film has always had an electrifying effect on me. Before directing I was working in animation, which by nature can push the realms of possibility to such extremes. I remember discovering animators like Len Lye and Jan Svankmajer at the Annecy Animation Film Festival (which I still attend religiously) when I was 16, and being so profoundly struck by the radical worlds they created.

However, as I grow as a director, I find myself longing for storytelling and longer formats. Narrative is my next focus.

Lisa> Maybe if someone watched my commercial reel they would think I exclusively only want to work in fashion and beauty. I’m ironically such a tomboy.

I am first and foremost moved by film, animation and music; and fashion and beauty have been a conduit to a bigger picture.

After 10 years working in animation, I wanted to really push myself. I began to see that being on set and creating alongside other human beings in a sort of collective hallucination was seeming more exciting than drawing them alone as an animator.

So I bought a 5D and took any opportunity I could to shoot live action. I was lucky enough for some of these first opportunities to be through magazines like Self Service, or fashion houses like Kenzo, Issey Miyake, Chanel and Dior.

Lisa> I feel like every production comes with its own unique problem! I find that I actually really thrive in finding solutions to them (there are always solutions!)

But when I was shooting the music video for Darius, we had quite an insane, unplanned experience! We were shooting in the desert, having already spent two days in the scorching sun and we were all exhausted. On the last day, it was getting dark for our night swimming scenes and we could see an unexpected storm was approaching. This was the last shot we needed of the actor swimming in a waterhole. With the storm approaching, the actor was starting to lose her cool. So, instinctively I just jumped into the water to soothe and calm her, and guide her through the scene; I had to get her to trust me. Then a storm suddenly hits us; rain, wind, mud sliding, lightning bolts, everything! My producer screamed, “We have to go! The waterhole is flooding!’”

I had to change my approach quickly, and somehow managed to convince this poor actress to get back in the dark, rising water. With the immense focus of the team, we got the shot.

As we emerged from the water, a lighting-bolt struck very close, cutting out the power. Winds clashed above us and the water hole was submerged in thick mud; it felt biblical. But as we drove through the desert, battered by this prophetic weather; there was just such a collective feeling of pride, exhaustion and gratitude at getting out alive!

And this all happened while I was five months pregnant too!

Lisa> It’s definitely a balancing act. I think that a lot of directors will say that a big part of their work involves a good deal of diplomacy. When working with agencies I find it useful to remind myself that the creatives have usually already spent months defining the concept alongside their client. So even though you would want to flip the concept on it’s head and bring in all sorts of crazy ideas, it is important to respect the work that was done before you and listen.

Ultimately the best results always stem from a relationship of trust between the agency’s creatives and the director.

Lisa> I was very much a lockdown cliche; I became obsessed with my house plants, started investing in crypto currency, experienced existential crisis etc. I also have a toddler, so trying to entertain them whilst in confinement was a challenge to say the least. It’s hard to stay positive and hopeful when your hearing ambulance sirens echo through your apartment (I live in central Paris) all day and night, all compounded with the loneliness of working from home; it did feel like the world was ending.

Put it this way, I can say with absolute confidence the pandemic has not aided me creatively. Not yet anyway.

Lisa> I have always been very interested in new and old technologies, the first being animation in my early teens. Naturally, I tend to use it as a plastic element, usually as something that comes in to corrupt, deform and disrupt the controlled course of my film.

In my earlier work, among other techniques I have used: data mashing /data bending, scratching on film, painting on film sawing on film, magnets on screen, magnets to move metal powder etc…

This music video was my first narrative format, and comes closest to the type of work I want to be making now. The premise of the film is a group of kids living on a desolate planet, and must go through a rite of passage by jumping into the core of their world. As they get closer to jumping, they find themselves confronted by their own rage, fear and ultimately awe.

I still love this music video, as I think the simplicity of the form and concept are right for each other. The film is constructed around the relationship between time and magnetism. The idea was to stage two characters whose actions aren't synchronised, and who throughout the clip try to align to a common speed. Once that's reached, the result of their actions are not always what one would expect. The attraction and repulsion that the characters feel towards each other is translated visually by opposing variations in speed, and by analogical deformations produced by magnets. The result creates a deformed relationship between time and image, which mirrors the deformation of the relationship between the two characters.

This film was made in collaboration with i-D magazine to introduce the new line of Jimmy Choo Diamond sneakers. I feel that it is a good example of the punchy and dynamic style I use in beauty and fashion films.

A video celebrating 70 years of collaboration between Vogue and Dior.

Starring the gorgeous Camille Hurel inside the historic Dior House and mixing Cut outs from original vogue pages featuring Dior looks throughout 70 years. I like this spot because it’s an unconventional way of reliving two legendary names; Vogue and Dior. 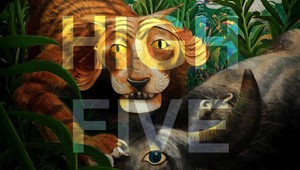 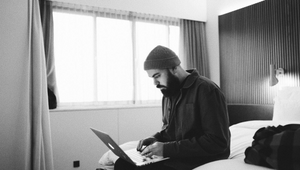