The Directors 94 Add to collection 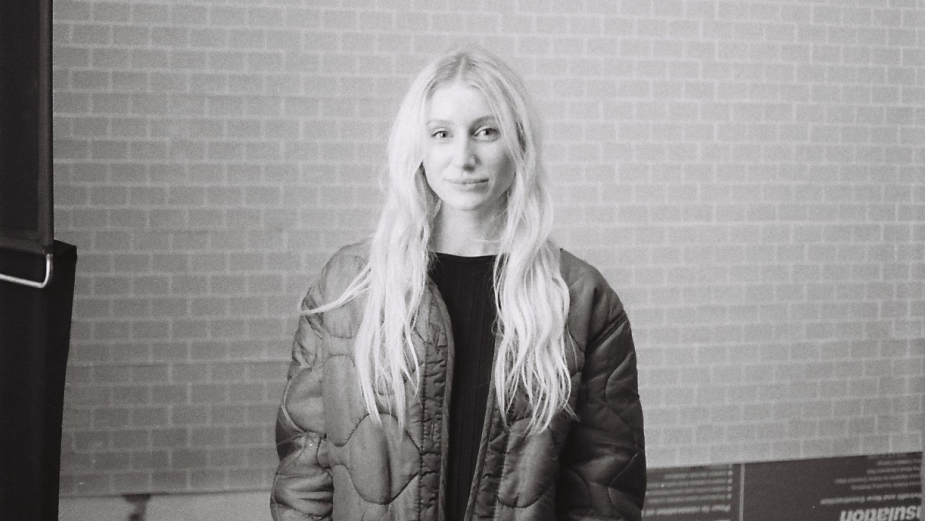 Eliza is a Canadian writer and director who discovered her passion for film at an early age, spending countless hours in her room as a teenager attempting to get through the entirety of the Criterion Collection.

Her work explores weightier themes in a nuanced way, focusing on original narratives with an underlying social commentary, paired with her distinct blend of stylish, atmospheric imagery and a meticulous eye for visual details and authentic performances.

Eliza’s multi-disciplinary background has helped to shape her style and unique point of view, having studied art in Montreal, and later earning her degree in communications at Simon Fraser University and in directing at UCLA.

Prior to expanding into the commercial world, Eliza cut her teeth directing music videos and short films. She has crafted films for clients such as Dove, VICE, Counter Records, and Arts & Crafts Records. In 2018, she directed a music video for the platinum-selling duo, FRENSHIP, featuring acclaimed actress Millicent Simmond’s (star of A Quiet Place 1 and 2), who is deaf, delivering a powerful performance of the song in American Sign Language.

Eliza> I’m most excited about scripts that have an impactful message that spark a larger conversation or that challenge you to think critically about something––whether that’s tackling harmful societal standards placed on women or highlighting contemporary social justice issues. The commercial work I connect to the most usually has a sense of purpose behind it.

I also love when I receive a script that feels fresh and visually inspiring, and where the creative allows room for me to bring my distinct style of dreamy, atmospheric, and cinematic imagery to the project. If the material contains characters that are drawn with depth and empathy, even better! One of my favorite aspects of the job is getting the opportunity to work with actors on creating subtle, affecting performances.

The most exciting projects to me are the ones that contain all of the above.

Eliza> When creating a treatment, I usually start by examining the script, considering what resonates with me about it, and then figuring out how to bring it to life in a way that feels the most effective and compelling to me.

During this stage, I’ll do some freewriting and make notes on how I intend to elevate the creative across all the different elements of production. After that, I’ll start collecting inspiring references (film and commercial stills, photography, gifs, etc.) to help me visualize the look and feel of the spot. Once I have this foundation of beautiful visuals and rough text, I’ll start to structure and revise the writing in a way that communicates the ideas clearly. The final step is to lay it all out into a deck in InDesign.

Alongside directing, I have actually worked for many years as a professional treatment designer, collaborating with some of the biggest directors and production companies in the world. That experience has given me so much insight into what makes for a winning treatment. Needless to say, I know how high the bar is these days and I take my treatments very seriously!

Eliza> Research is extremely important as having a solid understanding of the brand––their values, aesthetic, demographic, objectives, etc.–– informs so many decisions when making an ad. Even if I’m familiar with the brand, I’ll always look up their past spots, go through their website and social media, read current articles, and research their competitors. Sometimes, I find it also helps to connect with people in my life who use their products or who represent their target demographic and hear from their perspective.

Eliza> There are so many talented people involved in making a great ad and everyone brings something significant to the table. Although you inevitably end up working with some team members more closely, I value every relationship equally and I want every person I am working with to feel respected, supported, and heard. It’s just in my nature to be that way, but I think you can always see how the energy you create on set translates into the quality of the video and the performances.

Eliza> I’m most passionate about work that explores weightier themes in a nuanced way or that has some sort of underlying social commentary, expressed through narratives that are tonally a little moodier and slightly surreal. But even if I may be dealing with darker subject matter, my instinct is to always balance that with beauty and sensitivity. I think this duality is often present in my work.

I find I’m also drawn to scripts that have a contemplative quality to them, which are more sparse in dialogue and that rely on the visuals and performances to show rather than tell. In terms of genre, I don’t like to box myself into any particular one, but I do tend to gravitate to more dramatic, character-driven stories with original concepts.

Eliza> That my work is particularly “feminine.” While much of my work centers on women’s stories and I’m passionate about exploring the female experience––because for so long our experiences have been represented through a male gaze––I do find that this label can limit the kinds of projects that are sent my way. It’s not necessarily the term that I have an issue with, but more so that we do not see the same level of gendering applied to the work of male directors.

Eliza> To be honest, I’ve never worked with a cost consultant. Hopefully, I’ll have the chance to soon!

Eliza> Over the years, I’ve dealt with some pretty wild obstacles. But I have learned that it just comes with the territory and it teaches you to be more flexible and adept at problem-solving.

One experience that comes to mind is when we were shooting this music video for the band FRENSHIP. The plan was to shoot an outdoor performance video with the actress, Millicent Simmonds, up in the Santa Monica mountains. During that time of year, it rarely ever rains in LA, but right before the shoot the weather took a turn and it was going to be pouring rain the entire day of production. I was so concerned about how these conditions would impact the shoot and the look of the video, but rather than changing the shoot date, I decided to just embrace it. It was a challenging (and extremely muddy) day, but I’m glad that we made that choice as the rain added a unique element and mood to the video that ended up working in our favor.

Eliza> It’s a fine balance. Good communication and transparency are key throughout every step of the process. If at any point there might be differences, I remind myself that we all want what’s best for the commercial and I will listen and try to understand their perspective, then do my best to accommodate their requests. However, I will speak up if I feel something isn’t going to work or if any element is diverging too much from the original vision because, at the end of the day, you are often hired for your taste and point of view.

Eliza> Absolutely! Diversifying the industry and making it a more inclusive space for all in front of and behind the camera is essential. Film is one of the most powerful mediums for shaping society and influencing how we view the world, each other, and ourselves. There’s still a lot of work to be done and it’s on all of us in the industry to change it and create opportunities for folks who have been underrepresented. Mentoring and apprenticeships are a great way to open it up more. I’ve been both a mentor and mentee, and I’m forever grateful to have had those opportunities to learn from some great directors who opened the door for me when I was starting out.

Eliza> As much as I thrive off of in-person connection, I do like the efficiency and immediacy of doing certain things virtually. I think I’ll probably continue to do video meetings. I was out of the country last week and did a virtual color grade, which was pretty amazing and something I wouldn’t have even considered doing before the pandemic.

Eliza> I’ve always been very focused on composition, but it’s definitely made me even more conscious about what we’re seeing in the frame depending on the different aspect ratios we’re expected to deliver. This just means more planning during pre-production, prioritizing, and having those conversations with my production designer and cinematographer.

Eliza> I’m open to new technology and fascinated with how it’s shaping modes of storytelling and expanding what’s possible in cinema. I also think it’s cool that we’re seeing how access to new tech can democratize creativity, where things that were once only possible to achieve with a big studio budget, indie filmmakers can now pull off if they have the right tools.

However, I would say I lean towards doing things more practically just because I prefer not to get too distracted by gadgets and lose sight of things like story and character. But if the script calls for it or thematically it feels justified, it’s definitely another tool that I’ll consider. For instance, I’ve been developing a feature that incorporates a lot of screen-based scenes, taking place on various devices (what’s often referred to as the “Screenlife” format). The film is a dark commentary on social media culture, so the decision to do a mixed media approach involving screens just felt like a natural choice, in addition to making the film possible to pull off on a lower budget. 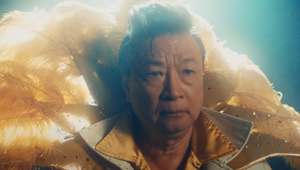 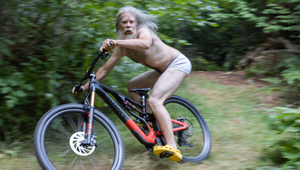 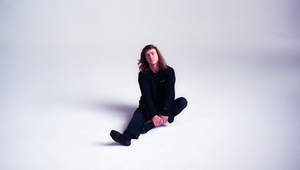 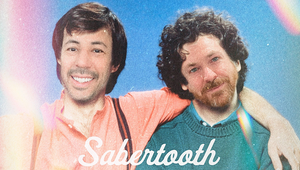 The Directors: Sabertooth
View all News 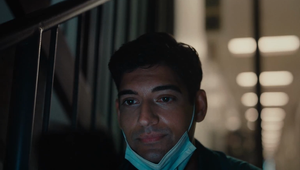 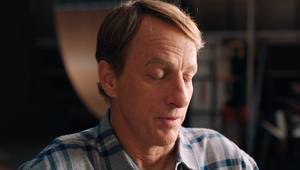 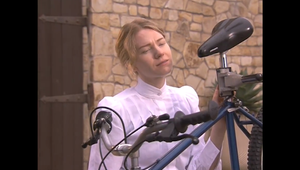 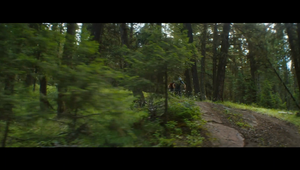