The Directors 21 Add to collection

Nicholas Berglund director on writing from his own perspective, keeping it simple and being loose and direct with creatives 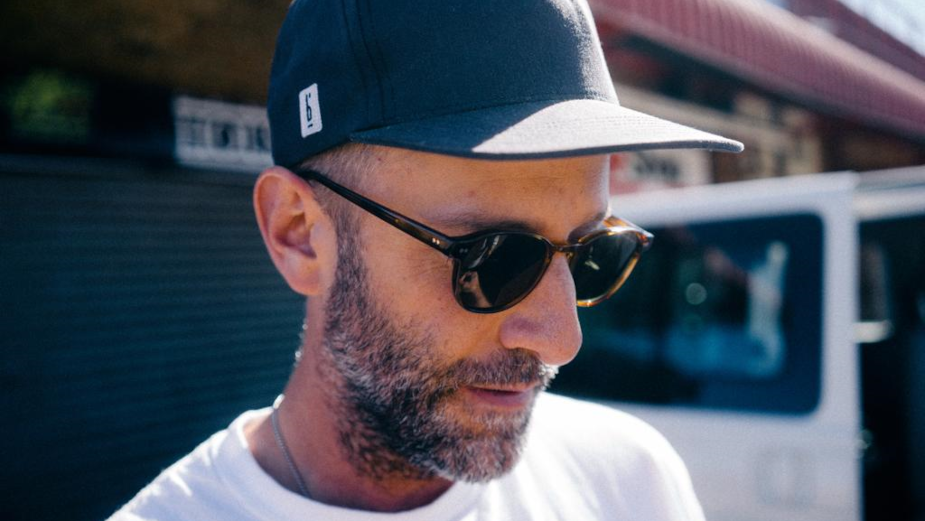 Clayton Vomero is an artist and filmmaker based in New York & Napoli working in film, photography, music, and text. His film GANG earned significant attention upon its release in 2015 for its raw and emotional depiction of NY youth. He has continued to explore themes of isolation, migration, spirituality, memory and loss in his subsequent films Pai Nosso, 3OHA, and his recent work with Telfar Clemens.

Clayton has featured his work and given talks at film festivals, contemporary galleries, and in online spaces including CPH:DOX, Sheffield Doc Fest, Venice Biennale, Docslisboa, BEAT Film Festival, Balcony Gallery, Hawaii Lisbon, Dazed, and Le Cinema Club. His work has been published as a part of SITE, a publication featured in the Radical Reading Room at the Studio Museum in Harlem.

Known for his ability to capture ‘realness,’ a feeling of authenticity and true human presence, Clayton's work is crafted through a delicate intimacy with his characters. Work that embraces and celebrates the bare necessities of life as a richness of infinite value. Work that shows people who are bigger than life, like Billie Eilish, Chloe Moretz, Ashton Sanders, Jeremy O. Harris, and others as the relatable, human, and sensitive people they really are.

Clayton> I’m excited when I actually see a script lol. It’s become too common to receive a mood board with a few shot ideas and see that labelled as a script. When I see a great idea that is fleshed out with a beginning, middle, and end it’s just a great place to start as a director. We need more copywriters who love stories and understand the mechanics of writing them for the screen.

Clayton> I write out the script from my own perspective first. It’s always at the beginning of the treatment that everything feels possible and writing from that place is the most  creative time for me. Three days later when I have 30 tabs open looking for some unicorn image of some way I imagined a basketball to look like or whatever, less so :)

LBB> If the script is for a brand that you're not familiar with/ don’t have a big affinity with or a market you're new to, how important is it for you to do research and understand  that strategic and contextual side of the ad? If it’s important to you, how do you do it?

Clayton> I only say yes to things based on how the ethics of the brand align with my own and have rarely been contacted to do work with brands I don’t know. I think there’s a  certain humanity in my work that attracts people with similar values and if that isn’t the case it’s pretty clear.

Clayton> I love working with cast and DOP. It’s a really strong core to set between us three and I try to keep it so the rest of the production just spins around us. It’s harder now  to protect this because of the amount of content being made, but as much as you can preserve a fun, reactive dynamic between the image, myself, and the people in the frame, the better for everyone.

Clayton> Anything that feels like something I haven’t seen before.

Clayton> Oh I don’t know. Everyone says everyone is difficult but that’s too cliché. In the end every shoot comes with a lot to consider as a director and you’re at the centre of  everything that goes right and wrong. Sometimes you have to problem solve all the accidents that happen along the way and you try your best to make them into positives. Human beings, sunshine, rain, etc. there’s very few budgets that can afford to control these things so when shit goes wrong you have to fix it. Sometimes people get stuck on something that was boarded three weeks before the shoot day and you know it has to change because of what the universe decided to give you. That’s always the conflict, humanity vs the best-laid-plan.

Clayton> I think some of those ‘shoots next week’ jobs. You’re really throwing caution to the wind on those. The only solution is to keep it simple.

Clayton> It’s always important to me to be really loose and direct with the creatives and talk to them a lot. The answers to what we’re making are never in the brief it’s always in the manner of the people making the decisions. The better you know them, the better you can get to what they’re really looking for and still keep your perspective on what’s really good.

Clayton> I have a lot of young friends from similar backgrounds to my own that I support and mentor through my own personal projects and when commercial jobs appear it’s easy to bring them with me. I find sometimes production companies try to stand in the way of that, but it’s always because they want to get their own friends jobs etc. No one in my family ever went to college, including myself, so I know how it feels to not have credentials but have talent. I think producers need to be better at seeing talent for what it is rather than just what brands someone may have worked with before.

Clayton> I think we need to put a cap on zooms. Sometimes we just need to stare at a wall and think.

Clayton> It’s always nice to know the priority or the biggest part of the ad buy and consider how that stands on it’s own craft wise. But every job is a puzzle now so it’s really about seeing them all together, rather than thinking of the ‘hero film’ or whatever people used to say.

LBB> What’s your relationship with new technology and, if at all, how do you incorporate future facing tech into your work?

Clayton> I’m always at the service of the story. In the end that’s my focus. Telling stories with human beings through images. How that is materialised could be anything, especially since I’m comfortable in redrafting a script to fit whatever new tech or trend that comes around. It’s all just a larger visual language to write with. 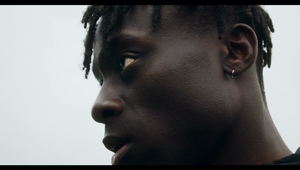 Dedicated to the Run 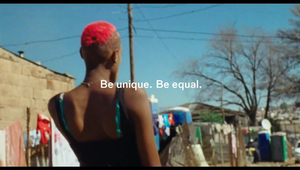