The Directors 175 Add to collection 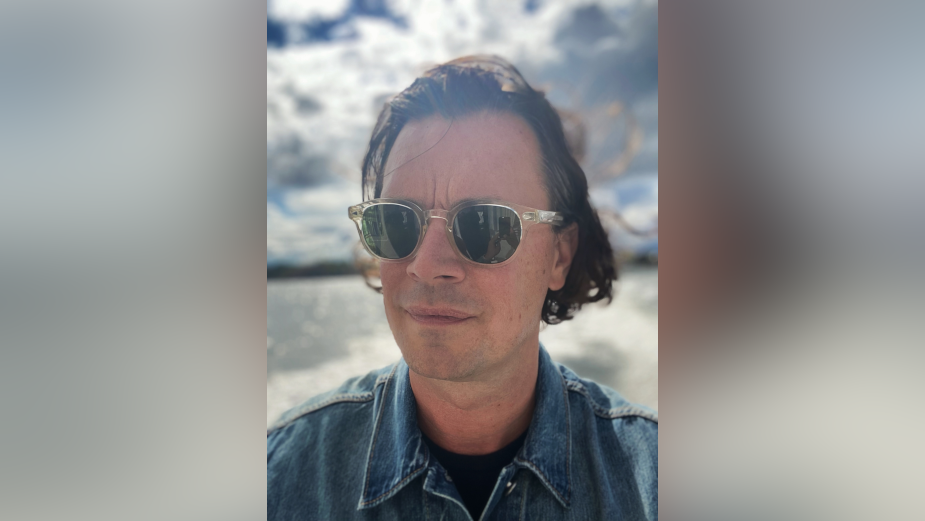 Born and raised on a small island off the coast of Sweden, Christoffer von Reis decided after finishing his studies in art and photography, to try his luck on the mainland.

He began assisting in the world of commercials and fashion and worked on many high profile and award winning jobs. He then decided to start directing his own work, mixing subtle humour with stylish character driven spots.

Awards: Golden Egg in Sweden for best commercial, numerous shortlists and awards in Cannes Lions including a golden Cyber Lion, Shortlisted in awards in Clio, shortlisted in D&AD amongst others.

Christoffer> A good story that is relevant to the product. Reading scripts, I get excited by great copywriting. Simple and unique stories with a cinematic approach. I look for characters and a fun structure. I’m not very hung up on a certain genre like drama, documentary, comedy, or lifestyle. I like being broad and very often I tend to look for a contrast in mood to the last job done. I do not like to be too repetitive. It keeps me on my toes, I guess.

Christoffer> Always with a pen. Scribbles and notes on almost anything possible worth writing on. Very often my desk is a mess of post-it notes, bills, envelopes, or other pieces of paper with very basic words on them. It references moods, films, music, or other things worth exploring. I then take these words and start structuring the treatment into different headings, putting each word where it makes the most sense. After this process, I always start writing the actual script before anything else. This makes the rest of the text easier to approach.

Christoffer> Most of the time it’s very important to know the basics. Maybe I’m old school but it’s still advertising and not a random art project. If I do not know the client or market, I google or look for previous campaigns. One of the first questions I ask on first calls with the agency is to give me a quick brief on the client and possibly what the creative process has been like. To know what to keep or what new direction they want to take. After this, it’s obviously up to me to still make the film uniquely mine. I trust and rely that they choose me for a good creative reason.

Christoffer> It’s such a cliché but I cannot single out one person that would be the most important to a project. I remind myself constantly to be open to creative input. However, I know my responsibility as a team leader. I know my job is to inspire the crew. Communication is key. This is an ongoing process also depending on where in production you are at. I need a smart and creative producer by my side throughout the process. In the beginning, it’s obviously important to be in sync with the agency creatives. When the framework is set it’s an ongoing process with the DOP, stylist, set designer, editor, musicians, etc. to all have their freedom of input. Whatever makes the film better.

Christoffer> If it’s emotional and relatable, I’m up for it. I have three kids, my thoughts on their future, anything related to sustainability, and the environment are obviously super important. We, the business, all have a huge responsibility for highlighting these subjects. I’ve been in the business for a long time. Throughout the years I’ve explored a lot of various genres and styles. The documentary style of work, humour, lifestyle, etc. Again, I love mixing these genres up. From a career-building perspective, I know that this hasn’t always worked to my advantage. People really love and sometimes need to put you in a certain genre. Maybe I’m just passionate about a lot of things.

Christoffer> I have no clue. Possibly that some agencies think that you only do one type of work. Again, I have a broad taste in scripts. Always up for a challenge.

Christoffer> Yes, it has happened. It tends to get a lot more work for production. Sometimes you can feel a lot of productive energy going into this. As a director, you adapt and try to come up with the best creative solutions possible suitable to the budget anyhow. With or without a cost controller involved.

Christoffer> Weird things always happen in production. Big and small. Bad weather, drunk actors, blackouts, cameras, and cars breaking down. All you can do is adapt, be creative and do your job the best way possible. One of my first biggest jobs was to direct two Volvo commercials in Rome. Big production. Preparations went great, but right before the shoot day suddenly Pope John Paul II died. All permits were revoked, and millions of grieving Catholics travelled to Rome and the Vatican. Heavy rain followed as a bonus. We had to start filming outside of Rome, scouting new locations at the same time. Step by step. It was total chaos, and I didn’t sleep for a few days. The shoot got less controlled, and the rain gave the films a great cinematic and moody style. We embraced it instead of fighting it. Still today, I’m very proud of how we managed to pull that project off.

Christoffer> It’s all about communication. They’ve selected me for my input and skills in telling a story and creating a mood. My vision, the idea, is what I will fight for. If they have a better argument for something I will for sure listen. Generally, it’s very easy to do another take, try a different approach to a line or scene. It also depends on what kind of compromise you need to do. People like to have an opinion. And should obviously have a right to an opinion. They need to feel listened to. I must admit, sometimes when I see it coming, it’s about giving them a distraction. Ask for input on something less important, and keep them busy and happy while doing your thing on things more important. Directing off-camera happens all the time.

Christoffer> I think that it’s super important and throughout the years I’ve backed many upcoming directors. As a researcher or co-director. A lot of them I see today being on top of their game, best in the business. It has helped me in many ways. Besides making great friends you get a lot of inspiration and input. You get to pick another creative, younger generation brain. I started working straight after school and quickly found a great mentor that helped me out. It gave me a lot of motivation and confidence. It’s one of the reasons I’m still in this business.

The quote “Be nice to people on your way up because you’ll meet them on the way down” is very true.

Christoffer> For sure to work remotely. Digital meetings are here to stay. Less travelling obviously is also good for the environment. However, being present on set, and directing actors is essential.

Christoffer> The amount of assets coming out of a job today is quite amazing. It obviously helps if the agency and client have made an asset/format list already for the pitch. Which most have. Sometimes you must compromise shooting with anamorphic lenses for example. But besides that, it’s quite easy to keep track of the formats already on set, using grids, communicating with the DOP, agency, and client about the product placement, logo, etc. To make an extra set-up for some shots happens. A bit time-consuming but planned right, not a problem.

Christoffer> I’ve done some interactive storytelling campaigns. So much fun! I wish I could do more. A couple of years back I directed an award-winning campaign for ONLY, a launch for a jeans collection. Together with the agency, we developed a film that was also a music video, an interactive game, a fashion catalogue, and a retail shop. Very innovative and one of the first of its kind.

A dream project in so many ways. I got to travel up and down the North Island of New Zealand for weeks. It features Kristofer Hivju, one of the main actors from “Game of Thrones”. The original brief was to create a lot of small adventurous assets that could also be made into a long version. It’s quite linear and straight forward making most of the action taking place improvised.

Pretty much to the opposite story as above. A studio production for the Asian market was created in the middle of the pandemic. So much fun figuring out how to tell a story backward featuring products. It’s a bit strange but I’m happy with the energy. It’s stressful but still positive. For the campaign, we also produced several shorter, stand-alone films featuring other products.

A different angle on how to present a modern electric car. It has more of a documentary feel, not the classic, glossy approach. Great fun figuring out the interactive story seeing the paper car driving through the paper blocks. I like the environmental message plus it features Anne-Li, an illustrator and very good friend.

​DOCUMENTARY - CAMITZ 'Another Time Another Place'

This is a documentary by Swedish commercial director Jhoan Camitz. He was a charismatic character emerging from the 90’s creative scene in Stockholm, Sweden. Sadly, he passed away in New York back in the year 2000 in a bizarre car accident. The story leads up to this point. It features a lot of interesting talking heads that sum up his career as well as the creative atmosphere at the time. 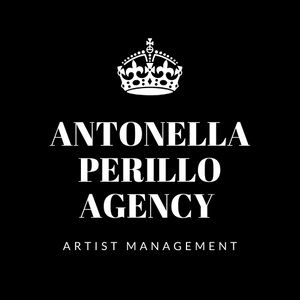 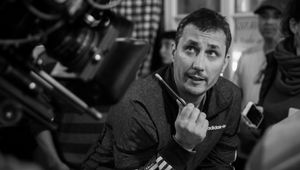 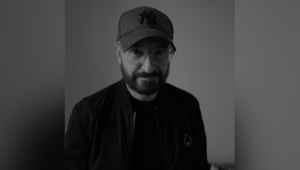 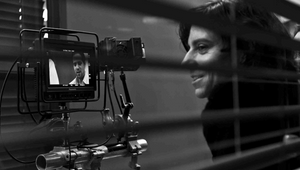 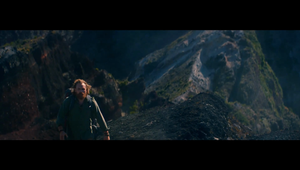 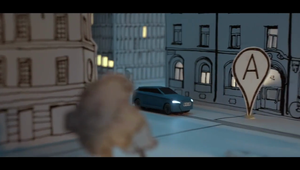 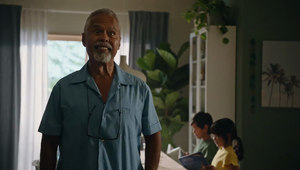 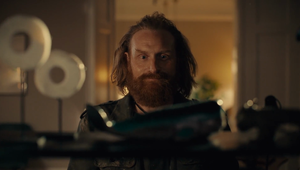