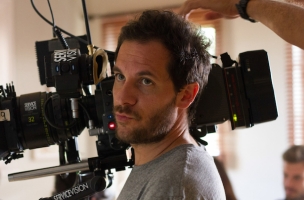 International production and new media company, The Devil You Know has signed director NAN for US representation. Currently represented in France by 75, The Devil You Know is the first US home of NAN’s 12 year directorial career. NAN has directed numerous spots for Nike, Ikea, Orange, KFC, Adidas and many more. Drawing from his background in narrative/long form documentary film making, NAN’s commercial work delivers powerful, authentic lifestyle imagery that strives to capture true human emotion and feelings. The truthfulness of a look, the singularity of a gesture or the rarity of a moment are consistent elements throughout his work.

NAN’s background as a DOP has a profound effect on his consistent visual style. Among NAN’s documentary projects are DREAM, a feature length documentary about the St. Louis Rams and UNCLAIMED, the odd story about the travels of a suitcase which belonged to Marilyn Monroe. His recent short film THE ORACLE is being developed as a TV series , which he will write and direct. He also has several feature films and TV series projects in development. NAN is a dedicated surfer, dirt bike rider, and world explorer.

“I didn’t want to join a traditional production company. It seems essential to me to choose executive producers who have a global vision. The technical aspect of commercials is something I use for documentaries. The instinctive approach to documentaries can help for narrative content. Narrative sensitivity is something I use for commercials...The process as a whole which informs every aspect of my film making. It is a modern approach that touches every format, every support.

This industry is made of encounters. I love how this company and its executive producers think. The Devil You Know was an obvious choice to me. We have the same vision and same goal”, says NAN.

“His profile fits The Devil You Know perfectly”, says EP Simon Wallon. “The company produces visually and emotionally powerful spots as well as narrative and documentary longer forms. NAN is one of the most gifted directors in the French advertising industry. His narrative pieces are the most promising I’ve seen in a long time. We couldn’t NOT represent him here”, added Wallon.

EP Don Block says, “I am truly excited to have NAN join an already formidable group of filmmakers at The Devil You Know. In our early collaboration on our first projects he has brought an enthusiasm and inspiration that is evident in all of his work. This is going to be fun.”

NAN is already engaged in his first projects and will join the existing roster of The Devil You Know composed of Ben Younger, Bo Mirosseni, Bret Easton Ellis and Alex Hanson.