The Dawn of the Desktop

INFLUENCER: Why DDB Chicago's Azher Ahmed is looking forward to the future of desktop PCs 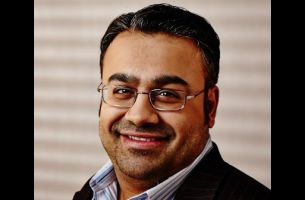 Want to know what's got me excited about tech? Desktop PCs. Seriously. Hear me out.

With 4K TVs on the rise, enhanced picture quality is of marginal interest for most people. However, the enhanced resolution makes 4k TVs much better-suited to computing displays with their greater pixel density and razor-sharp typography.

Why would you hook up a desktop to one? You probably wouldn’t. Directly, at least.

With the prevalence of streaming boxes, however, a sophisticated home media experience can be a reality for everyone. Hardcore geeks have been stitching together custom solutions for juggling videos, gaming, music, and apps for quite some time. But it’s a frustratingly manual process that needs constant tinkering to keep things working smoothly.

Now, all the major players – Apple, Microsoft, Google, Amazon, Nvidia, Roku – have 4k streaming capability with growing user bases and usage. Walled gardens persist with each one having its own ecosystem, but a few of them are finally starting to play nice with one another (I’m looking at you, Amazon and Apple) to allow consumer choice.

And that’s where desktops, the grandfather of modern-tech, can become the dark horse.

With each major player having their own proprietary streaming approach, consumers face a fork in the road - going deeper into a single ecosystem or mixing and matching for greater control and flexibility.

In this mobile- and cloud-based era, desktops have struggled to find a role for most people outside of gamers or professionals. But what if the desktop moved off the desk and became the centre of your streaming universe?

Desktop software is readily available to make your PC stream your favourite movies, apps, and even games to other devices. Imagine a home server where you can stream Blu-ray quality video, browse the open web, or join the #pcmasterrace for gorgeous 4k gaming.

And at the dawn of a $1,000+ smartphone era, desktops might be a more affordable solution to lighten the load on your pocket in every sense of the word.