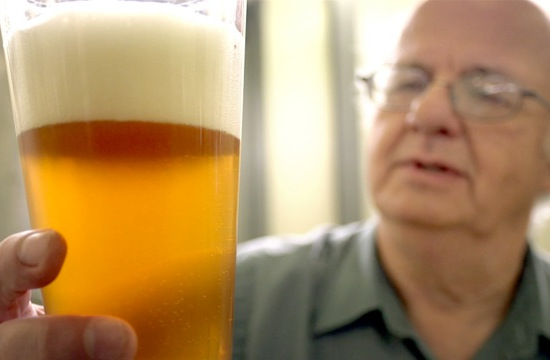 “The Pope of Foam starring Charlie Bamforth,” part of the University of California ‘s "Onward California" series created by The Department of The 4th Dimension (The D4D), has been nominated for two TASTE AWARDS: Best Branded Video Promotion or Campaign, and Viewers’ Choice Best Mini Film or Documentary.

The art science of brewing in “The Pope Of Foam” is just one of many awe-inspiring explorations illuminated in the UC documentary series. Each brand film features passionate and compelling thought-leaders and innovators, UC faculty, and alumni whose accomplishments touch our daily lives and will shape our future. Charlie “The Pope of Foam” Bamforth and other films from the series can be viewed here: http://vimeopro.com/thed4dreels/onward

Online audiences have until December 18 to vote for “The Pope Of Foam starring Charlie Bamforth” at http://www.tastetv.com/awards/vote.html for the Viewers Choice Award. “The Pope of Foam” is nominated under the category "Official Selection": Best Mini Film Or Documentary/5-10 Minutes.

Winners in all categories will be honored at the 5th annual gala awards event in Hollywood on January 16, 2014.