The Crucial Role of Social Media in the General Election 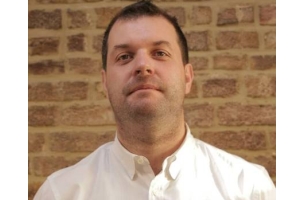 This year’s General Election has been constantly dubbed by the media as ‘the social election’. With parties and party leaders alike taking to Twitter in order to sway the younger vote their way, the 2015 election has lived online through eccentric leader tweets, awful memes and that YouTube interview. But how successful has the platform truly been for the parties who did take to it? And how detrimental was it for those who didn’t participate in the conversation?

In previous General Elections the turnout of 18-24 year olds has been relatively low, with only 51.8% voting in 2010. Until now, the younger generations have felt that politics has either been boring or not relevant to them.

With this being the first election truly pushed through social media platforms, which are key for reaching younger voters, there has been a stronger understanding of what the parties stand for and their relevance to the younger generation.

This in turn has encouraged younger voters to become more engaged, helping them to realise the importance of their vote and that it can truly make a difference. This has also been helped by campaigns centred on the youth vote, such as Use Your Vote. Schemes like this have contributed to the higher percentage of youth turnout this year.

It seemed as though Cameron had a less than successful social media campaign and didn’t embrace the platform in the same manner as the other parties. Instead, he approached social media in a very tactical manner, developing a campaign that aimed at his voters, the floaters and those who had the potential to vote for him. Perhaps you can’t really argue with success.

The importance of social media in the General Election

I think politicians were so scared to do normal walkabouts because of the gaffs of the General Elections of yesteryear, like Gordon Brown’s ‘bigoted woman’ fiasco of 2010.

The problem with this election is that it has all been too safe. There have been no situations where politicians truly engaged with communities in an unplanned, unstructured manner. This is why social has become far more important to the general public.

People were highly attracted to any channels in which they could engage with politicians and policies on a human level, as opposed to the scripted, lifeless acting that we’ve seen over the past few months.

Chris Moon is Head of Analytics and Insights at Telegraph Hill