The Creative Process of Brushing Your Teeth 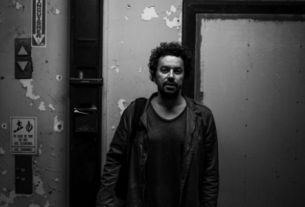 I never thought I would be directing films. I used to be an art director, so I learned film the hard way - in a sense that it was trial and error. I had to learn by seeing, listening, doing, and experiencing (sometimes experimenting). I believe that there are no rules in art direction and this is where CZAR came into the picture.

I joined CZAR Amsterdam because I felt the need to work with people that have been working in film since day one. The idea of surrounding myself with people who are involved in the film and producing industry felt like an effective way for me to learn. The commercials that inspired me to get into the commercial industry are made by my fellow directors; Koen Mortier, Joe Vanhoutteghem and Lieven van Baelen at CZAR Brussels. In my opinion, they really opened the door to treating concepts and images in a creative intuitive manner.

Being creative comes with lots of challenges and like my scribbly notebook, my creative mapping process can sometimes be quite chaotic. My notebook is 100% pen and paper - everything in between is just abstract thought, words, and ideas. However, I have several processes that seem to work in my favour.

I brush my teeth to get over my creative blocks. It sounds strange but it happens just like that. I always feel refreshed. I prefer to be alone in the first creative steps and somehow my creativity tends to boost every time I brush my teeth. The rhythm and movement seem to have a positive and soothing effect on my brain. Don't worry, I only do it two times a day, if the creativity doesn't happen, it doesn't happen.

The most challenging film I have ever created is probably my most recent work: JUPILER - We Are Belgium, where we had to shoot 20 international soccer players in one hour but at the same time, and make them look badass. One way to overcome challenges is to embrace my natural directing style, which is to become the script. Sure, it takes time and effort to be a script but I aim to think from the inside out as it brings more surprising and believable actions. I always let the script inspire me and then I usually chat with my girlfriend about it - she's a producer, so she's my reality check.

I appreciate the importance of getting away from commercial life every now and then - just to have a fresh perspective towards your own body and mind. Travelling enhances your creativity as well, you'd get inspired by the culture, scenery, people, food, and even language. You'll be able to bring something special to your film by shooting them from an uncommon place. For me, the one place that I would love to shoot film is a concrete jungle.

I have just recently visited Asia and despite the mad traffic, Asia has the most interesting night locations. The blend of cities and nature, the beautiful people and its culture. To me, Asia screams creativity and endless possibilities. The things I run into in Asia inspire my directing style in Europe. A win-win situation, with the additional perks of great food.

I suppose that every director has their own method in developing their creativity. Mine just happens to be related to oral hygiene.