Trends and Insight 386 Add to collection 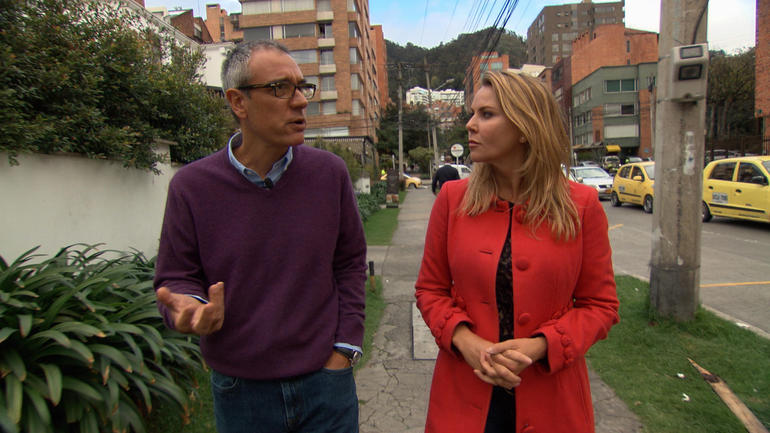 In a world where change and uncertainty prevails, optimism has struck a nation that has fought for peace for over 50 years. After a lengthy peace agreement process to end a civil war, Colombia has now entered a long – awaited transformational phase.

One of Colombia’s most prominent creative talents, Jose Miguel Sokoloff, Global President of MullenLowe Group’s Creative Council, Chief Creative Officer and Co-Chairman of MullenLowe SSP3, has been a catalyst in influencing Colombia’s peace agenda by leveraging his skill set to help obtain peace in his native country. Sokoloff is one of the advertising industry’s most awarded executives, and has created some of the most profound and thought-provoking advertising campaigns seen throughout the world for government entity The Colombian Ministry of Defense.

The international curiosity in Colombia’s future has attracted international attention. Lara Logan, the celebrated correspondent of CBS News’ “60 Minutes” interviewed Sokoloff in a report that was broadcast on Sunday, December 11th at 7 p.m. ET/PT.

The special focuses on Sokoloff’s distinctly creative ideas in promoting peace within the region, including several campaign tactics that informed rebels the Colombian society would take them back. One of the most successful campaigns, ‘Operation Christmas’, involved hanging decorative lights that were carried into known rebel strongholds. Hung on trees, the motion-detecting spotlights illuminated the message, “If Christmas can come to the jungle, you can come home. Demobilize. At Christmas, everything is possible.”

“Advertising is a very, very powerful force, in the good you can achieve by changing the minds of the people in certain ways,” says Sokoloff. Remarking on the work he has created within the past decade for The Ministry of Defense he states, “This gives us the chance to apply our skills into something that is fundamentally important to us, to our kids, and to our country.”

Over the years, some 18,000 rebels eventually demobilized. The brokered peace deal with the rebel forces has helped transform Colombia from a place formerly shunned by tourists into a growing and popular travel destination. With efforts to rebuild cities and with the creation of both libraries and tourist attractions, the country has experienced significant declines in drug violence. Additionally, due to the peace agreement, areas that formerly held reputations for both drugs and violence, including Medellin, the former murder capital of the world, have also experienced declines. “If you had been there ten years ago and you went today, you would say, ‘This is a completely different planet,’” says Sokoloff.

This news was first reported on CBS "60 Minutes".