The Corner Channels the Spirit of the 90's for National Geographic

Agency looks at the decade that connected us in new campaign 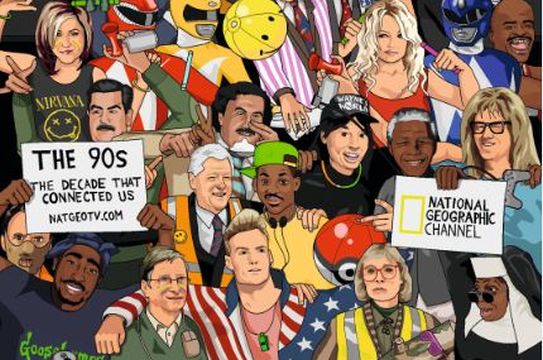 National Geographic Channels International (NGCI) has partnered with UK creative agency The Corner London on an extensive marketing campaign, promoting the network’s epic miniseries event: The ‘90s: The Decade That Connected Us.  The collaboration follows on the heels of last year’s award-winning creative for The ‘80s: The Decade That Made Us, which helped the Corner earn ‘Global Agency of the Year’ at this year’s PROMAX BDA in New York.

The on air campaign, devised by The Corner London, uses a ‘90s desktop computer and all of its retro references – like Sim City – to seamlessly jump between landmark political, cultural and technological events. The campaign will roll out internationally on National Geographic Channel in 170 countries, and is now live in the UK on Sky, and FOX channels. 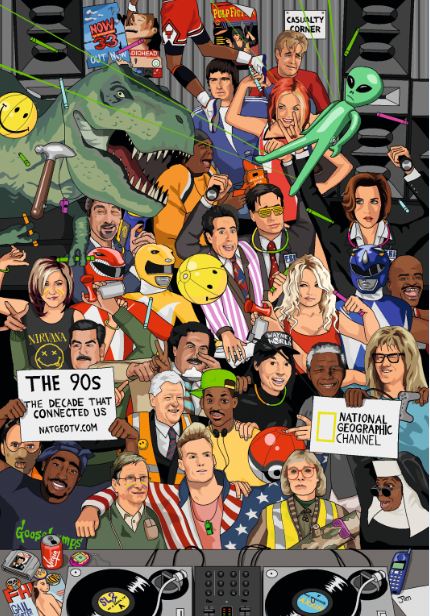 “We needed to find a unique storytelling device that could resonate all over the world and allow our local creative teams to customize the content for their audiences while maintaining the emotional connection. Utilising familiar ‘90s computer graphics and sounds provides an instantly relatable experience for viewers that taps into those engrained moments of nostalgia,” said Emanuele Madeddu, Vice President of Creative and Consumer Marketing at NGCI.

“NGCI is producing some excellent content at the moment and it is a privilege to be working with them. It is also a lot of fun reliving these decades!”, said Neil Simpson, Founding Partner at The Corner London

Reinforcing the TV campaign, is a specially commissioned print execution from cult artist, James Murray, AKA ‘Jim’ll paint it’, who used Microsoft Paint to depict a ‘90s rave featuring all of the decade’s protagonists from President Clinton and Nelson Mandela to Vanilla Ice and the Spice Girls.

The ’90s: The Decade That Connected Us revisit the people, the inventions and the decisions that shaped our current world, told from the perspective of the history makers, celebrities, politicians and musicians who created these iconic moments. Revisiting the decade through “inside out” storytelling and analysis, The ’90s includes 120 original interviews — from unsung heroes behind the decade’s most riveting stories to the biggest names in politics, tech, movies and music.