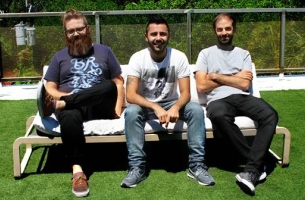 Progressive cross-cultural agency the community, part of SapientNitro, has announced the addition of Tomás Duhalde, Guilherme Nóbrega and Frederico Nicolás Díaz to its award-winning creative team. The new hires come as the agency continues its investment in talent to support its new business growth, which includes recently being named digital agency of record for Beam Suntory’s tequila portfolio.

Duhalde and Nóbrega both join the community as Senior Art Directors, while Díaz joins as a Senior Copywriter. Reporting directly to Joaquín Mollá (Co-founder and Chief Creative Officer), the trio will work on a variety of the Miami-based agency’s largest clients, including Corona and Modelo. They share 17 Cannes Lions awards between them, as well as various other prestigious recognitions from organizations such as the One Club, Clios, Effies and D&AD.

“Tomás, Guilherme and Frederico share strong creative chops, impressive backgrounds and a global perspective, which is so important to us,” said Joaquín Mollá of the community. “Not only are they a perfect fit culturally, but they are also joining at a time when we have a lot of exciting projects in the pipeline.”

Most recently, Nóbrega was an Art Director at Ogilvy & Mather, with stints in both of its London and São Paulo offices. He also held roles at Widen + Kennedy London, DM9DDB and AlmapBBDO. Nóbrega has developed award-winning work for local and global brands like Coca-Cola, Unilever, Apple, Burger King, Dove, Huggies and Motorola.

Díaz started his career at Grey Buenos Aires and then moved to Don and Ogilvy & Mather, also in Buenos Aires. Throughout his career, he has worked for national and international brands like Reebok, Schneider, Huggies, AMIA, Fibertel and Cablevision.