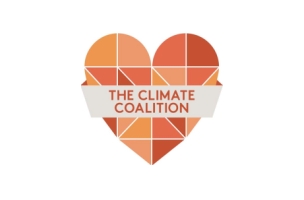 Digital agency, Tribal Worldwide, London and design agency, KentLyons, have been appointed by The Climate Coalition – the UK’s largest group dedicated to action on climate change and limiting its impact on the world’s poorest communities – to further the group’s cause in 2015.

Both agencies will work with The Climate Coalition to focus on a national push in the first instance. Tribal Worldwide, London has been briefed with developing integrated campaigns across social, video and online for the coalition, while KentLyons will oversee the campaign identity, launch materials and offline engagement assets.

Tom Roberts, managing director at Tribal Worldwide, London said: “Climate change is the single most important issue for humanity to tackle in the 21st century. We need to take decisive action now in order to safeguard our future, and we are thrilled to be aiding The Climate Coalition in their mission to deliver real change in 2015 and beyond.”

Colin Butfield, Director of External Communications and Campaigns, WWF-UK, added: “Bringing together the digital and design talents of both of these brilliant agencies we look forward to engaging the public in the importance of ensuring the UK Government takes decisive action on climate change.”

Mark Diggins, Senior Designer at KentLyons, commented "2015 is a critical year for global deals which could change the course of history, we're proud to be working together to build a movement and bring the issue of climate change to the top of the international agenda."

With reach of 11 million through over 100 organisations, The Climate Coalition campaigns for the UK Government to take practical action to keep global warming as far below the 2°C danger threshold as possible – recognising that any more than a 1.5°C rise threatens the viability and existence of many countries.