The recession hit Irish commercial production hard – but are they seeing the shoots of recovery? 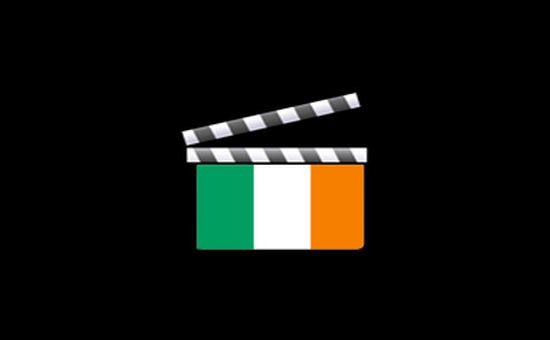 Ireland’s production community has had a tough time of it over the past few years. The recession saw budgets slashed and freaked-out clients reluctant to invest in new work. These days budgets are gradually creeping up and work is starting to flow again, but unlike contemporaries on the agency side of the fence production has not been noticeably buoyed by Dublin’s digital gold mine.

Looking back at the darkest days of the post-2008 economic crash, Fish Films’ Jason Doyle has bad memories. “TV viewers could see brands playing TV commercials that they had made years before. Production all but stopped and many people suffered,” he says. Things are looking better now but the landscape remains irrevocably changed. “At the moment it appears to be recovering to some extent. However the budgets are smaller and the expectations are still the same or even higher.”

“There are always challenges in business – especially in this one but as I mentioned, there is a recovery of sorts,” he continues. “It’s never going to be like it was. To some extent that’s not a bad thing. Companies have a more economical way of operating and we find that we are just budget conscious all round.”

Speaking to a range of people working in various companies it’s clear that while the past few years have left production in Ireland hungrier and more budget-savvy than ever, the pain still remains and budgets have not recovered at the same rate as the wider Irish economy. There’s still less work going around and so competition is fierce and scrappy.

One area where production in Ireland is really thriving is in location and production services – in commercials certainly but also in the world of TV drama.

“Production-wise we are going from strength to strength with big US series like Vikings and Penny Dreadful pulling out all the stops in terms of what we offer here,” says Sweet Media’s Emma O’Beirne. She explains that the arrival of the big shows has also had a knock-on effect to commercial production too. “Having these big US shows shoot in Ireland benefits the commercials industry, as it means we have a wealth of world-class crew available locally to shoot TV commercials.”

It’s a sentiment echoed by Max Brady at Pull The Trigger, who tells us that she’s seeing a growing volume of work from German and US clients keen to shoot in the Emerald Isle.

Fighting for a Creative Voice

While foreign productions are flocking to Ireland to shoot, one thing that many of the production companies tell us is that what they really want is for local and international agencies and clients to take them seriously as creative collaborators and not just service providers and suppliers.

“The majority of agencies we work with are based in Dublin but we have worked directly with UK agencies such as WCRS London and McCann Manchester. What I would say to potential clients is that they may not realise that most of our directors have representation in other markets like the UK. So particularly when they have Irish accounts it makes sense to go with a local production company, as we do have world-class directors available to you without the added cost of a production service company,” says Sweet Media’s Emma O’Beirne.

Piranha Bar’s Richard Chaney suspects that the local Irish accounts seeping over to London agencies has also meant that the creative talent in Dublin can often be overlooked – and Irish agencies also have a tendency to look abroad for production partners when it comes to their showpiece work. “This is so clearly a massive catch 22, where the local production industry is seldom given the opportunity to prove itself without the usual stifling financial constraints we normally deal with.

What if the local marketers always took their larger projects overseas to UK agencies?

Why can’t all sides of the local industry collectively use the best local opportunities to develop a more robust and creative local product?”

Now for some good news: Ireland’s production companies are showing impressive creative flair in the world of animation – particularly when it comes to TV and feature films.

“Animation as you rightly say is particularly strong right now. As I mentioned earlier Brown Bag Films are really at the top of their game on a worldwide stage with a couple of Oscar nominations under their belt. There are many talented animators and illustrators out there – in fact we recently signed an animation duo called Digital Beast who are incredibly talented and we are really excited by their work,” says Sweet Media’s Emma O’Beirne.

Irish animation houses are producing content and cartoons for the likes of the BBC, Amazon Prime and Netflix – but according to Piranha Bar’s Richard Chaney, local ad agencies would do well to explore the talent on their doorstep and the quality work being created right in the country.

“The Irish Animation industry is certainly riding a wave in the world of TV and feature production. Again this proves that we have a rich vein of creative talent here that isn’t being tapped into by the local marketing world. Clients and agencies still don’t put the same level of value on an animated commercial product as they do on live action (Gas Network Ireland’s Tommy McAnairey being the exception rather than the rule). Animation is still seen as a cheaper way of communicating an idea than photographic medium.”

The Irish production community certainly looks and feels different to a decade ago. The recession meant that companies could no longer rely on working the same way with the same local clients. On the post side of things, Windmill Lane has repositioned itself as a global VFX studio (and has recently signed Oscar- and Bafta-nominated animation company Brown Bag Films) while Piranha Bar has radically reinvented itself as a full-service creative studio collective, moving into production and live action as well as expanding its creative animation offering (read more about their journey here).

Other production companies have expanded their roster of international directors, to both keep local agencies happy and to attract more foreign talent and companies to consider Ireland as a production base.

“We punch way above our weight internationally,” says Pull The Trigger’s Max Brady.  “The international directors represented here do not work here purely for the money. They work here because they know that they will get a script that they are happy to put on their show reel.”

Most production companies we survey reckon between 85-90 per cent of their work still comes from Dublin but international work is starting to increase as the companies look outward.

Looking to the Future

The difficulties of the past few years have left their mark on the Irish production community – but it’s also toughened them up in a way that their counterparts in neighbouring markets can only dream of. The optimism that is starting to blossom in other parts of the advertising industry is, among the production community, tempered by continued tight budgets. But as companies reposition themselves internationally and welcome more US TV dramas, things could be looking up.