Trends and Insight 154 Add to collection 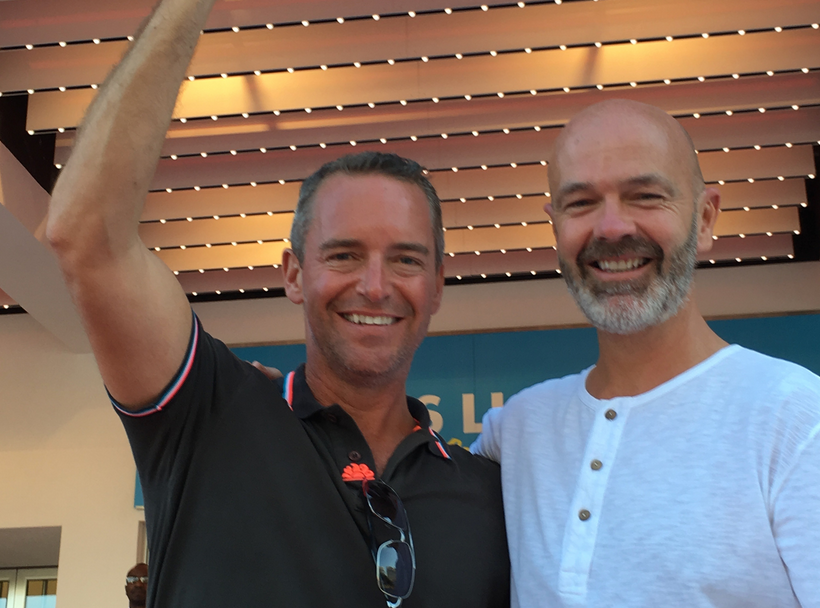 A month after Ben Lilley’s surprise buy-out of McCann Australia, CB sat down with him and McCann National CCO Pat Baron to chat about their journey from 90’s mid-weight McCann creative team to the world’s most awarded agency and Campaign Brief Agency of the Year just two decades later. And CB asks, can they do it all over again?

Q> So Ben, welcome back to McCann… again. Can lightning strike twice?

Ben> Well hopefully it’s a case of lightning striking thrice. I first joined McCann in the 90’s as a mid-weight writer, when I was teamed up with a remarkable art director named Patrick Baron. We had a good run as a team, starting with some respectable MADC awards then international metal. And my first Campaign Brief cover for a ‘pro-active’ campaign we did for a cosmetic laser surgery. It was a bunny in cross-hairs… 'rapid hair removal…' Which got a couple of nice awards but would be laughed out of the jury room today! After about a year I was head-hunted across to George Patts (now Y&R) as a senior creative. And so it was my second time around at McCann when they bought SMART and that of course was a pretty amazing creative run we then had, this time with Pat teamed up with John Mescall. So yes, I am of course hopeful that we can now do it all over again! 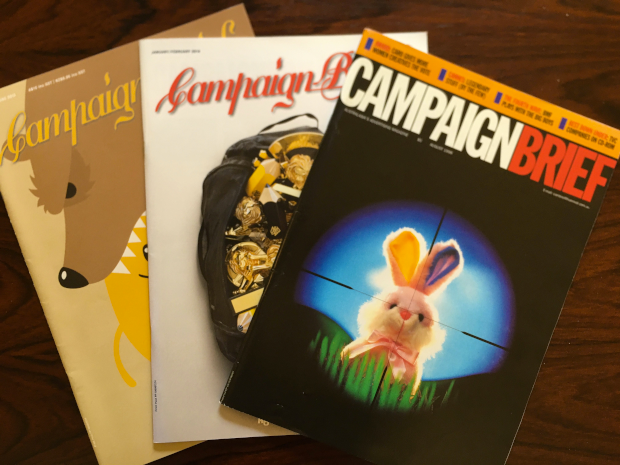 Pat> We might have a better chance now that Ben’s not writing bunny puns in the creative department anymore. But Ben’s as passionate about creative as he ever was and is still as good a sounding board for me and our national team as he ever was. So now that we have a renewed focus on our creative output, sure we can do it all over again. I hope so!

Q> Well I see Ben is now creative chairman. So does this mean you’re going to be a creative team again?

Pat> Ben and I already had a great creative partnership last time around at McCann, especially when he was made Creative Leadership Chair across the Asia Pacific for his last couple of years. He hasn’t been a hands-on creative for some time, but he has great creative intuition and is a great creative leader and when we worked together in his APAC CLC role, we had probably our best run ever as a creative team. Helping identify and hone the very best work across the Asia Pacific, it was a great honour. The region recorded its best award haul in history, we tripled its Lion and global award tally in our first 12 months and that was really rewarding.

Ben> The creative chairman title lets me help foster great work again from leadership point of view and guide our clients through this, without getting in the way. But also in a way that a CEO can’t. I was CEO for a long time during my last stint at McCann, at the same time as being the APAC Creative Leadership Chair, and I frankly enjoyed the CLC role so much and working with our best creatives across the entire region, it sort of detracted from my CEO role, which I didn’t love and the network knew that. Being a CEO is not my core strength or passion. But being a creative leader is. And that’s a big part of the reason I left. I didn’t want to be the CEO anymore. And I don’t want to be now. But being creative chairman lets me lead our creative ambition, while allowing everyone to get on with their creative work day to day.

Q> So there’s a renewed focus on McCann’s creative output again then?

Pat> Definitely. Right now we’re especially busy seeing some amazing creative people in Sydney, where we’ve had a lot of change over the past year or so. So yeah, we definitely want to refocus creatively. It was just a couple of years ago that Sydney won its first ever Lion and the momentum was there and so we want to reboot that. We’ve got such a brilliant bunch of clients, from Mastercard to Coca Cola to Microsoft and Nestlé and so on, and as a network we’re doing our best work on our biggest clients, so I really want to focus on that here.

Ben> Yep McCann is the strongest it’s ever been as a global creative network. It’s the Cannes Network of the Year and also Effie’s and Adweek Network of the Year and so on and so on. So our global network and especially our head office in New York is producing the best work it ever has under Rob Reilly as Global Creative Chairman and John Mescall as Global ECD since he moved to New York from Australia. So we want to be doing the same here. Rob’s mantra is 'Creativity Is The Only Way To Survive' and we’ve been an important part of that in the past with our Lions run over the past decade and I want to make sure we’re contributing again. 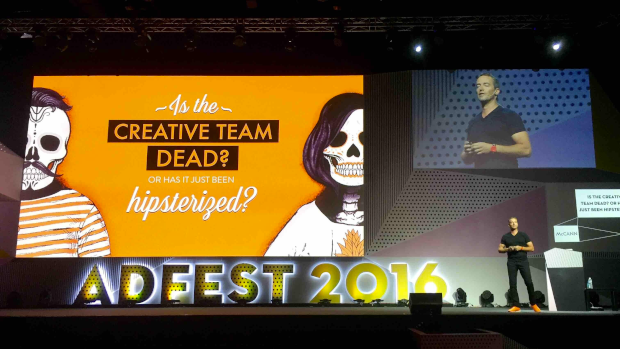 Q> Pat speaking of John, the two of you were an incredibly successful team. Do you miss that?

Pat> Well it was a funny time when Ben first called me years ago to say he’d pretty much taken over McCann – the agency where we’d first been first brought together as a creative team – and now he wanted me to work with his creative partner from SMART, John, and I thought “OK, sounds interesting.” And look, anyone who’s worked with John and I know we’re both a bit weird and I suppose pretty ambitious. And John’s crazy smart, demanding, I guess eccentric and he’s got all that hair. John was an athlete and he set a cracking pace that I loved, if you weren’t exhausted by the end of the week you hadn’t gone hard enough!

But it just worked and Ben was right, it was sort of meant to be. And we got to build our relationships and trust with some great creatives and with clients like Metro Trains and V/Line then out of nowhere we were Melbourne’s top agency at MADC and people were like 'what’s going on at McCann'. Then Dumb Ways To Die happened but also V/Line Guilt Trips, which we won the Lions Effectiveness Grand Prix on, and we were named the most awarded agency in the world and Agency of the Year in CB and a bunch of others and things really took off. We also did a lot of other work though I’m really proud of like The Impossible Orchestra and Melbourne Uni and other great campaigns that won just as many Lions and Effies, but I guess we’ll always be known as the Dumb Ways to Die guys. 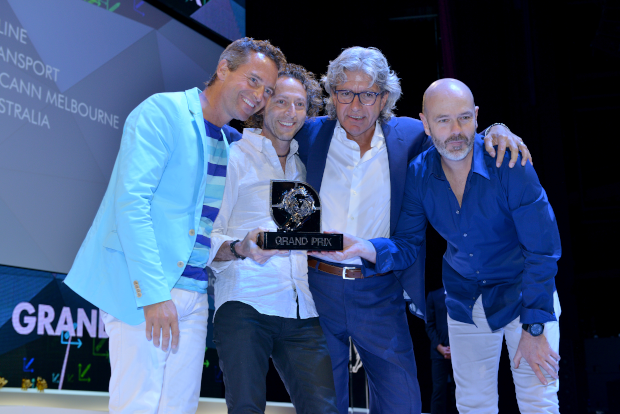 Ben> And now we still get to work with John and Rob and all the awesome global creatives and support we have in the global McCann network. So in some ways it’s like John never left. But I’m equally proud of the work we’ve produced since Dumb Ways To Die, which won five Cannes Grand Prix and another 30 or so Lions and so on. But we’ve collected another 40 plus Lions since for everything for Melbourne University to Tigerair to the Australian Federal Government, so I’m just as proud of the work we’ve done since. And I’m also proud of the role Pat’s played in that and in our network and the industry, like with his One Club International Board Directorship and organising their Portfolio Night and all the amazing things he does to promote new talent and creativity and positivity across the industry. 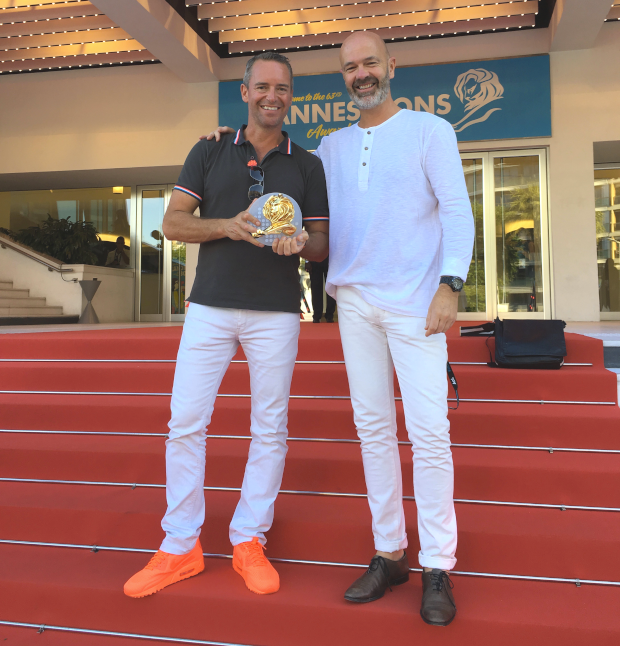 Ben> Well we’re probably going to be the least interesting agency model in Australia because we’re only focussed on being a creative agency. I’m seeing a lot of other agencies suddenly morphing into technology or data or response agencies or consultancies and sure that’s cool, but I don’t really get those models to be honest. I’m a creative and a creative agency person and I just want to run the best creative agency I can at McCann, without any of those buzzwords or alternative models. Creativity has been proven and quantified a million times over as the most powerful marketing tool for our clients’ effectiveness and ROI. You can measure the crap out of anything, but if it’s crap creatively then it’s still just crap and all your doing is measuring how crap it is. I want us to be the best creative agency we can possibly be, which will make us the most effective agency we can possibly be. And of course our data and technology capabilities and so on will be part of that. But we’re nothing if we’re not a great creative agency. And I saw you nudged us backwards this year on your CB Hot+Cold chart and that’s fair enough. But we’re going to fix that too! 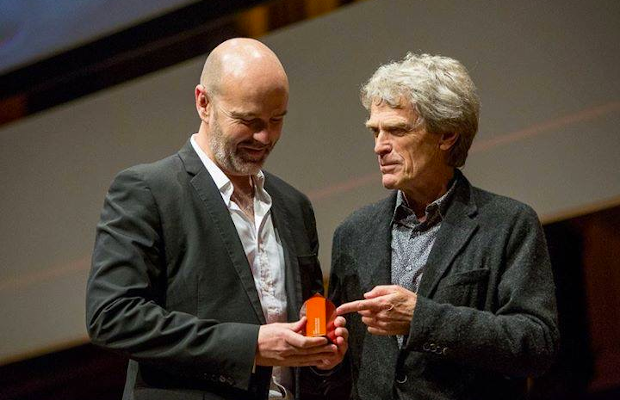 Pat> Technology and data and what consultancies do are an important part of what we do, so maybe Ben’s being a bit controversial. And we want to make sure we’re the most modern agency we can be. But I do agree we just want to be a great creative agency again and I don’t see many out there who are focussed on just doing great creative work. And that’s not about awards. It’s about work we’re really proud of, work that becomes part of popular culture and that shifts the needle for our clients and that our people love working on. And if we can do that, I think we’ll be the best creative agency we can be. 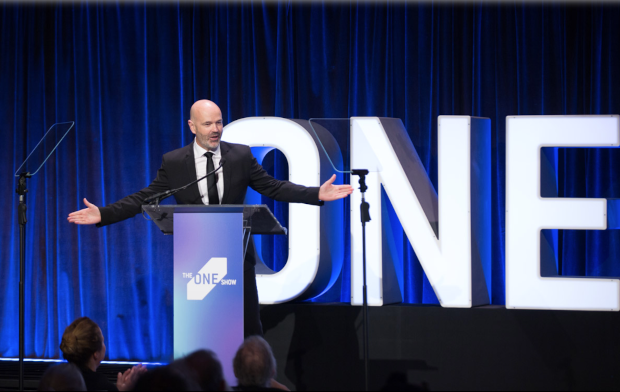 Ben> Yes and the last thing I’d add it’s that if there’s one thing people who know Pat or I know, it’s that we’re always up for a chat. So for anyone who wants to talk to us about what we’re doing at McCann or where we’re going, we’d love to talk.

Q> Well sounds like a good time to be back at McCann and thanks again for chatting with Campaign Brief. 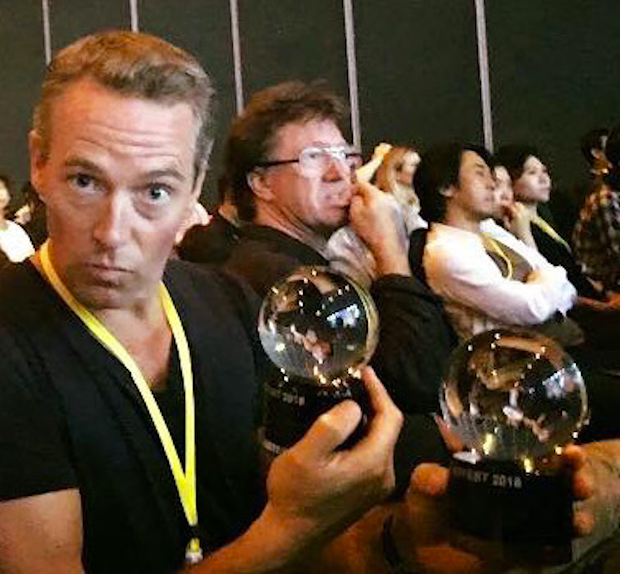