The Influencers 577 Add to collection 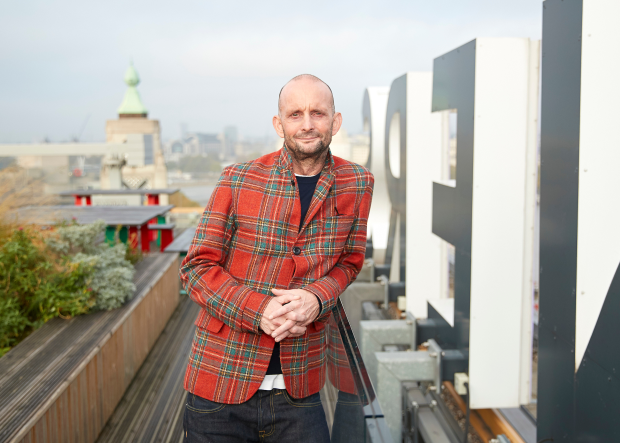 One of the arguments I’ve heard a lot is that the future belongs to the moving image.

Nothing can beat a well told brand story beautifully made and 60 seconds long. The art of the moving image is practised and perfected and hoisted up high. It’s what we’ve always done. And always will do. From the hallowed 90-second director’s version to the humble digital out of home, for a lot of creative shops, moving image looks like it’s the answer. No matter the media platform, no matter the problem.

When you look at the statistics of the impact of moving image that may well be true; it still has the largest spend, it still has the most influence and it certainly has the most reach. Film then, in some form, is here to stay. But film has a weakness. It takes time. Time to tell the story. Time to get the idea to the viewer.

And with attention spans falling and hovering around the nine seconds mark and the social media giants pushing for ever shorter time lengths (Facebook is currently optimised for three seconds) that’s a problem.

In the fast-moving world where the individual is bombarded with hundreds of messages a day, the answer is to create imagery that distracts, focuses and engages. I’m not talking out of home or press ads: Clever headlines with pictures, no, I’m talking about imagery that burns itself on to the back of people’s brains like the back of a camera. A lightning bolt of disruption that sows the seed of a big meaningful idea that triggers an emotion from deep down, that summons up something in us that moves us to investigate further.

We live in a visual world. 80% of all impressions on our emotions are made by means of sight. And when the image is right, we react. Because an incredible 40% of the nerve endings are in the eye. We feel what we see. And quickly.

We’re naturally hardwired to translate images and ideas not in sixty, thirty or three seconds. But nanoseconds. Studies have found that up to 90% of information transmitted to our brains is visual and that visual information is deciphered 60,000 times faster than text is.

We don’t need moving images. We need images that move.

And proof of our need and appetite for meaningful imagery is born out through the success of brands like Instagram where 80 million images are shared each day. We all have the power to punch through. To drop the seed of an idea in the blink of an eye.

And for our industry I think there’s an emerging narrative approach – look at the power of Project 84, the big idea of 2018, the highly effective Inglorious Vegetables or Jeremy Deller’s humbling We Are Here project - get it right and you have a single defining image that can rip its way effortlessly through the big social media engines, that can be pasted onto a tabloid page and shared and screened behind a red sofa on breakfast news. A single snap shot that is bigger than the frame. A visual seed that sows a bigger story in the individual. That evokes and summons something powerful from deep within us in the blink of an eye, something that disarms and genuinely engages. Not just with the capability of entertainment or titillation, but for change.

We can look to and learn from the photojournalists of the world, the women and men who have the power to tell powerful stories through a single moment in time.

But there is a catch - these answers rely on an appetite for bravery and risk. Things that are increasingly being managed out of the creative process. And let’s not forget trust - critical in getting the end result. Because by and large you’re dependent on leveraging or capturing a moment in time. Something that can’t be re-shot or improved by a grade or edited another way. It also means the creative process is harder, boiling something down to its most effective and simplest form is a true art form.

Looking on the plus side though, the cost of execution is often lower than a production budget, and if it’s the right sort of image, the media cost will take care of itself.

It’s why I’d argue that a creative PR capability will become increasingly important to the creative process in 2019. It’s where the investment should be. And as we search for a resonant connection with our audiences, let’s not simply take the easy option and schmooze them with moving image, let’s leave an idea burning inside them.