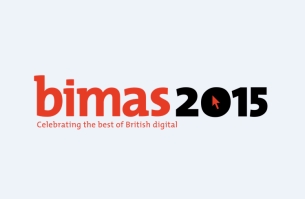 The British Interactive Media Association (BIMA) has today announced a deadline extension for the BIMA Awards 2015. Entries will now be accepted until 00:00 on 1 May 2015.

The BIMA Awards are judged annually by people of influence within the UK digital sector: decision-makers at leading brands, agency stars and industry thought-leaders. This year’s judges include Caroline Stephens, Digital Marketing Director of J&J EMEA, James Bassett, Head of Digital Creative at Sony Music Entertainment and Tom Barker, Head of Digital at the National Trust.

This year has seen BIMA introduce a number of new awards categories, including awards for Best Work on a Smaller Budget and Best Single Execution, plus premium awards for Agency of the Year and Brand of the Year.

BIMA has also introduced some new eligibility conditions this year. Most work entered into the BIMA Awards needs to have launched on or after 10 May 2014, however in the Sector categories entrants can now also put forward work that launched on any date earlier than 10 May 2014, provided that the brief had customer loyalty as a primary objective and an iteration or improvement has been rolled out since 10 May 2014. More information on eligibility can be found here.

Adam Graham, Chair of BIMA and Managing Partner of Cactus, said: “We’re delighted to announce a number of new categories and a deadline extension for the BIMA Awards, enabling us to give more brands and agencies the opportunity to enter their best work. We can’t wait to review the entries and celebrate and reward the best in British digital at our awards party later this year.”