Trends and Insight 422 Add to collection 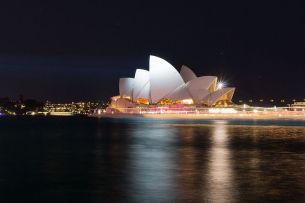 Soho and Madison Avenue may dominate the global advertising landscape, but there’s serious creative clout bubbling Down Under. Australia has been a hub of exceptional talent for years, but will the Oceanic nation ever break through into the leagues of the UK and US? LBB’s Jake Otley gets a flavour of Aussie adland from some of the industry’s big hitters.

Ads from the land Down Under are often hard to miss. You only have to look at last year’s 'Operation Boomerang' Australia Day campaign from The Monkeys to get a sense that Aussies like to stir things up. Their often caustic wit cuts through much of the nation’s creative output, and the talent within the industry is helping make Australia a bigger player on the global level. But how would those who know the industry best describe the Aussie style?

But, for a country as enormous as Australia, it is scale that Thomas sees as the market’s major attribute. “The market has enough scale to enable agencies to produce ‘significant’ campaigns, but they are also small enough to enable clients and agencies to be a little more risqué in their approach and push the boundaries of the global guidelines that may exist.”

Michael Canning, Executive Creative Director of M&C Saatchi, agrees that Australia's scale doesn't stop the talent from producing incredible work. "Australia has always punched above it’s weight in terms of the consistency of world class work it generates – given that we are only a small percentage of the world’s population - and I think what we do well, overall, is our ambition to create culturally impactful work that goes beyond advertising. Work that creates value for people in some way and gets people talking." 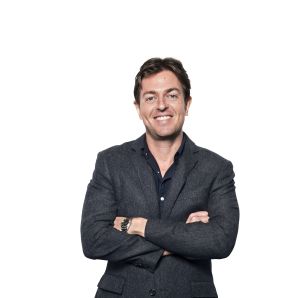 For McDonald, the smaller size of the advertising industry that Thomas points to as a benefit can be seen, quite wrongly, as a weakness. “What we lack in scale – we make up for in ingenuity and a genuine desire to take risks and try new ideas. I think international talent recognises that it’s a good market to test yourself in and to build personal creative credentials.”

This sentiment of risk-taking in an atmosphere that constantly tests the talent to the edge is shared by 303 MullenLowe Sydney Executive Creative Director, Richard Morgan. “If you are a pretender or a poser, there are very few places to hide here,” he says. “Great talent always follows opportunity, like a proverbial moth to a flame… Australia has always had a bit of an entrepreneurial spirit, and welcomes people with ideas and the smarts to make them happen.”

However, according to Cam Blackley, Executive Creative Director of BMF, the amount of talent moving out of the region is a worry. “I see a flow of strong middleweight talent heading abroad, probably in greater numbers than ever before,” warns Blackley. Australia may be attracting foreign talent from all over the world, but there is a large number of Australian natives heading elsewhere. Blackley continues: “Australia benefits from some excellent New Zealanders and Australians have had great success going the other way. But the flow of talent is more concerning with those heading to the massive markets of the US, Britain and Europe. What happens to them when they all decide to come back to a small market with massive pay expectations? It will be interesting to see.” 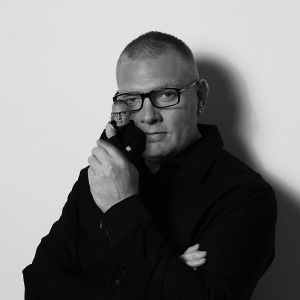 A Profile of Talent

With this perpetual stream of talent moving in and out of the region, what aspects of Australian talent stand out? Despite Blackley’s concerns, he remains positive about the calibre of talent Australia is creating. “Australian creatives are fast and adaptive – as a result they seem to thrive in any market,” he argues. “Australians are creative leaders at many of the world’s top shops. Also, their work ethic is extremely good and they have the ability to problem solve on a shoestring – at pace.”

He continues: “We are looking for ‘makers’ as much as creative thinkers. People willing to shoot, edit, prototype, compose, publish or whatever it takes to force an idea to life.” Richard Morgan agrees that the talent that thrives in Australia tends to be people who are loyal to their own creative aspirations. “The type of people who tend to do well here have an ability to communicate their ideas and can take others on the journey in order to get them made”.

But the scale of Aussie adland once again drives forward creative output. “In comparison to big markets, creatives here have less ‘personnel infrastructure’ surrounding the," says Morgan. "That means more face time with clients, more presenting, more exposure to the realities of the business. You don’t just get to sit in your office all day and dream big. Unfortunately!”

For Phil McDonald the talent in Australia is well-balanced and has helped create a market that ticks all the boxes. “We have some of the world’s best production companies, post houses and film directors, right alongside some of the world’s most awarded creative agencies. I don’t think one element dominates the other – in many respects each element of our industry feeds another and makes us collectively powerful.”

This collective power drives the whole market forward, and even well-known Australian stereotypes are being undermined by this work ethic. Michael Canning explains, "Australia has a general perception of being super laid back, but the creative industry here is very competitive, and in a way the industry rally’s itself to always do better work."

The collective power that McDonald points to is helping the talent, both local and foreign, push the boundaries. However, most agree that these boundaries need to be greatly expanded. “We can still be a little conservative,” he continues. “I think we need to be better at substantiating our creativity and helping clients go on the journey to creating the bravest work.”

For Charlie Thomas, becoming braver may involve capturing more foreign talent. “I think both markets have a shortage of world class strategists, so this is definitely an area where we see a continued appetite to ‘import’ from other markets… It would be great to see agencies and clients alike embrace the world class talent to develop more regional and international work.”

In Cam Blackley’s eyes “Australian marketers need to kill their short-term approaches and get back to building trust and consistency of voice with their customer”. So, as with agencies and creatives worldwide, it seems that Australia too needs to be braver, bolder and more confident. 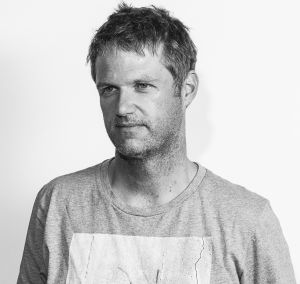 However, there is another area that, much like the issue of being bolder, seems to remain worryingly prevalent throughout the global creative landscape – getting women into senior agency roles. Charlie Thomas agrees that this is a worldwide issue that Australia is absolutely a part of. “This is clearly a debate that rages at a global level at the moment. The ongoing challenge for all agencies globally is identifying transformational leaders who can drive a step change in reputation, offering and commercial success. The industry needs to be able to leverage the potential of the entire workforce to identify leaders of the future.” 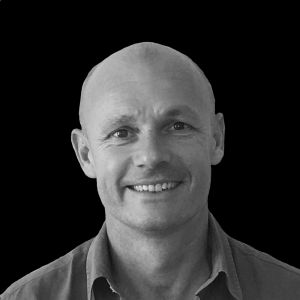 This meritocratic approach is one shared by BMF. “We are balanced across the agency and we will continue to source, recruit and nurture the best people, regardless of whether they are women, men or in between," says Blackley.

But Blackley does go deeper, explaining: “What’s been missing from Australian advertising and big traditional agencies is empathy and flexibility. I believe this has taken a toll on female creative reaching senior roles, particularly.”

Michael Canning agrees that there is a problem, but he can see the tide slowly turning. "Traditionally there have always been more men within the creative industry," admits Canning, "but I think that is changing with the younger generations coming up. I think we need to make sure that we are making the industry an attractive career option for smart young women. What is interesting though, is that on the client side of marketing many of the senior roles today are held by women - which is great."

Securing new talent and the outlook for the future

Australia, although a huge land mass, seems to embrace its position as a somewhat domestic, small scale advertising market. It uses this fact to its advantage to streamline and enhance its creative output, but tackling the US & European markets is not just a pipe dream for the surfers’ paradise.

To achieve this level, however, Australian creatives and decision makers need to tempt more foreign talent to take the plunge and make the move. Charlie Thomas remains positive, as “world class agencies producing world class work” should tempt anybody to pack their surfboard and head south.

Cam Blackley agrees: “Australia is a place where you can get some great, real stuff out, much faster than anywhere else, while having an awesome lifestyle.”

While Phil McDonald asserts that a good idea is a good idea, no matter where it comes from. “As an industry our definition of what is a great creative idea needs to keep evolving rapidly,” says McDonald. “Ultimately, our clients want to create amazing and compelling experiences for their customers – it shouldn’t matter where they take place.”

Sydney and Melbourne may well one day join the heights of New York and London, but for now they are still some distance behind. The talent Australia creates is certainly helping the nation improve, but too many still fly the nest for opportunities elsewhere. The future, it seems, will be dominated by this constant flow of talent in and out of the country. Whether this will help or hinder Australian creativity is yet to be seen. For now, they will just have to live with the beaches, surf breaks, and sun. Jammy sods.