The Best Super Bowl Spot Wasn't On The Super Bowl 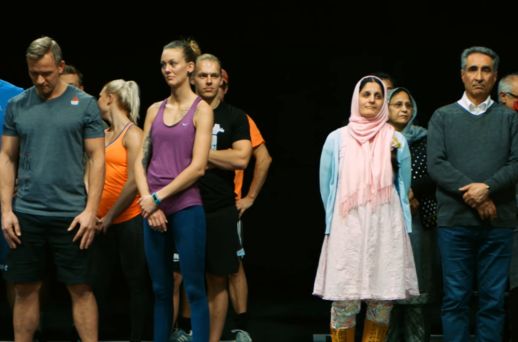 As a European living in America, I was given the opportunity to write something about this year's Super Bowl.

Easy enough, I thought. An afternoon full of multi-million dollar commercials, only interrupted by a few minutes of football every now and again... That should give me plenty of stuff to write about.

But to be honest, I came too late. The perfect commentary on this year's big event was already made in the dying seconds of the game. Its author: Tom Brady's model wife, Giselle Bündchen, whose reflex 'celebration selfie' in the moment of victory reminded us that hardcore branding is the real winner of this game. Patriots runners up, Falcons third.

So instead of trying to beat a selfie that said so much more than a thousand words, I've decided to dedicate this piece to a spot that wasn’t on the Super Bowl at all. Or anywhere near it.

In fact, this online video, from my home country, is pretty much the opposite of everything that's amazing about Super Bowl commercials: It has a low-budget feel, it lacks any real action, it's taking its sweet time getting to the point - and it's not exactly clear about what it's selling.

But still, TV2 Denmark's online spot from last month carries a message that would've been worthy of a multi-million, multi-segment, Super Bowl audience. In its simple, yet brutally 'real' way, "All That We Share" does a great job of reminding us that we have more in common with our presumed opposites than we think. And in 2017, this is a truth worth remembering: We're all just exceptions to somebody else's rules.

Super Bowl, in its distinctly American way, proves the point TV2 Denmark is trying to make - by uniting people with all kinds of opinions, from every part of the country, and from all walks of life, around an event they can all appreciate and share together. And in that way, maybe everyone's the winner?

Caspar Bock is a Senior Copywriter at 180LA