The Best Experiential Campaigns of 2019

Trends and Insight 439 Add to collection

Some of the most ambitious and impactful campaigns from the last twelve months came in the form of physical activations. Here, we round up our top picks 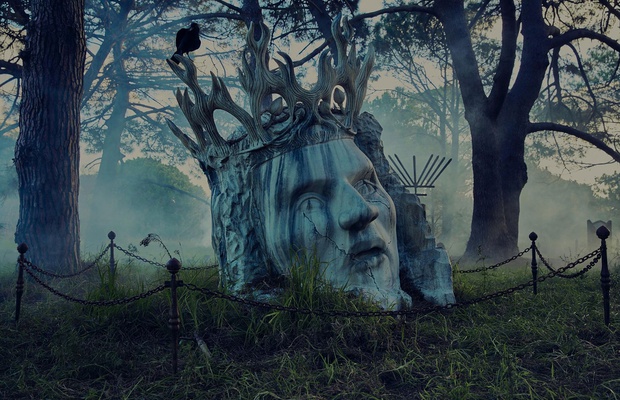 In our relentlessly digitised world, it’s easy to understand the appeal of a campaign that you can touch, something that’s real. Over the past year we’ve seen out-of-home campaigns that aim to make us laugh, bring us closer together, and that aim to hit home some unpalatable truths. A thread uniting many of the most successful campaigns, however, is their desire to spark an emotional response through something physical. Call us old fashioned, but in these emotionally disconnected times it’s a theme we’re happy to celebrate on this list.

Pedigree - Donate with a Mate

A campaign that not only implemented a genius OOH idea, but made the world a better place while doing so. With blood transfusions on the rise for dogs, Clemenger BBDO gave Aussies the chance to give blood for both humans and their canine best friends, while taking their dogs for a walk at the same time.

Losing your favourite character in a TV show is never easy, but in Game of Thrones it was often downright harrowing. This campaign, as well as being brilliantly executed, gave us a much-needed chance to properly mourn our favourite heroes and anti-heroes from the series.

In France, more than one million dogs did not receive their medical check up in 2018. To fight back against what could be a time bomb of pet disease, McCann Paris and Purina set up STREET VET, an interactive billboard that can check the health of your pup while you’re out on your walk.

The Campaign Against Living Miserably (otherwise known as CALM), launched this powerful OOH campaign alongside adam&eveDDB in April. With a digital billboard presented as a real phone, the billboard took calls in real time to highlight how often the company’s helpline was used.

This year, a shocking report was released showing that a train driver in New Zealand will have a near-miss with a pedestrian at a crossing about once every single day. To make the wider public aware, adam&eveDDB NZ created the Near Miss Memorials,  which highlighted occasions on which someone was nearly killed at a crossing. The campaign launched in parliament, and featured an explorable 3D rail journey via nearmisses.co.nz.

A striking installation set up in Manchester’s Arndale Centre powerfully drew attention to the statistic that 40,000 people had left the UK military through injury over the last 20 years. As part of the campaign from McCann London, in exchange for a donation through the Charity’s website, supporters would receive their own boxed model Veteran from the 40,000 Strong exhibition. All proceeds went towards funding Help for Heroes.

The New York Times - The Truth Is Local

One of the many knock-on effects of our near-insatiable love for free journalism is that local newspapers are finding it as tough as ever to break even. In June, The New York Times demonstrated its commitment to local journalism in New York through this striking OOH campaign from Droga5.

In Chicago, mass shootings have become so prevalent that many citizens are numb to it. After 30 people were shot this April, three of them fatally, FCB Chicago and ICAHV launched the ‘Most Dangerous Street Initiative’, a hard-hitting installation that visualises they city’s gun violence on a week-by-week basis. The initiative was built to support the SAFE act, which uses data concerning the location of gun crimes to identify the safest areas in the city.