The Berlin Fashion Film Festival 2017 Comes to a Close 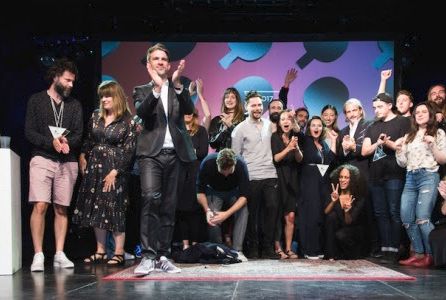 The Berlin Fashion Film Festival 2017 has now come to a close. Exciting talks, thrilling films and a brilliant sound and visual performance by Blaenk Minds and Esther Perbandt made this year's festival a unique experience.

Among the winners of the evening was young director Chloé Wallace, who, with her impressive work 'Singular', presented the subject of breast cancer in an accessible and impressively aesthetic way. The award for the best Major Brand film went to 'The Tale of Thomas Burberry'. Asif Kapadia tells the story of the British cult label in a fabulous fashion film with Hollywood stars Sienna Miller and Domhnall Gleeson.

Among the speakers was founder and CEO of the globally active influencer marketing agency Ykone, Olivier Billon. He explained not only how social media in general works but also chatted in his lecture and gave tips for approaching influencers.

Star director, Bruno Aveillan, cared for long queues after his talk. Without any fear of contact and a lot of passion for his art, the star of the industry stood by the enthusiastic filmmakers to exchange point of views, answer questions and take plenty of photos with the audience.

For the crowning conclusion, the visual DJ duo Blaenk Minds and Berlin designer Esther Perbandt rocked the after show party with an energetic live-performance from penetrating electro-sound and space filling visual effects.