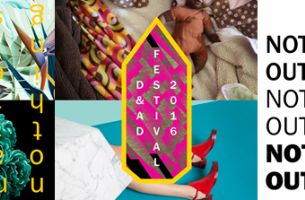 Today, D&AD have released a teaser of the brand identity for the D&AD Festival. Giving a glimpse of the fantastic work that is to come, this social campaign is the first of the eye-catching creative to be released ahead of the April extravaganza. Putting the Pencil at the centre of all the designs, it reflects the fact that the Pencil is at the heart of everything D&AD does.

Designed by The Beautiful Meme, an agency that believes in the marriage of subversive design and poetic copy, they were the first choice for D&AD President and Havas London ECD Andy Sandoz.

Speaking about his decision, he commented “I admire The Beautiful Meme’s work for the way they use both striking visual and striking words to great effect. Their work also shows a lot of heart and a lot of punk, that's the spirit I wanted for the festival.”

He went on to say “The brief I gave them for the festival is to carry the conversation beyond the jury rooms and into the main public areas. To capture and share the human energy and passion that is inspired by a building full of the greatest design and advertising work in the world. Open up what we mean when we say Nothing Matters More.”

Tom Sharp, Creative Director, The Beautiful Meme talked about the inspiration behind the designs “We’ve been thinking about all the different voices that will be at the festival. The judges, the visitors, the brands, the speakers and the people showing work. Everyone has a different opinion on why nothing matters more than creativity. We think the debates, as much as the agreements are what makes D&AD such a powerful organisation. Our work throughout the festival mirrors the maelstrom of opinions that D&AD instigates.” 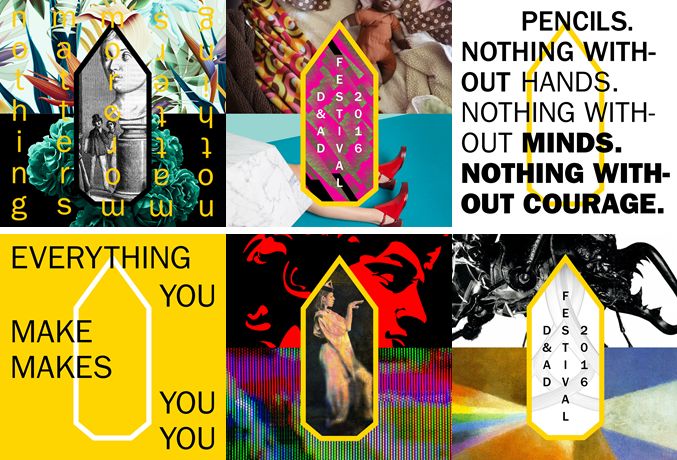 So what is yet to come?

The Beautiful Meme have designed the entire identity for the festival, from a fully fledged digital campaign to the on-site environmental, all to be revealed in the coming weeks. Sharp explains why you should watch this space: “Expect surrealist imagery. Gnomic statements. Thoughts about the nature of chasing perfection. Jokes about monkeys. Poetry. General tricksterism really. All exploring why creativity matters.”

This is the first time that D&AD have held an event of this kind, comprising a three-day festival with headline talks from Sir Paul Smith and Sir Martin Sorrell as well as talks and panels hosted by over 150 of the top global names in design and advertising. Especially curated for creative professionals, the Festival will take place at the Old Truman Brewery in London from the 20-22 April 2016. A three-day pass will cost £185 (£92.50 Members/ £55 Students) and will enable an all-access pass to all main and fringe events.