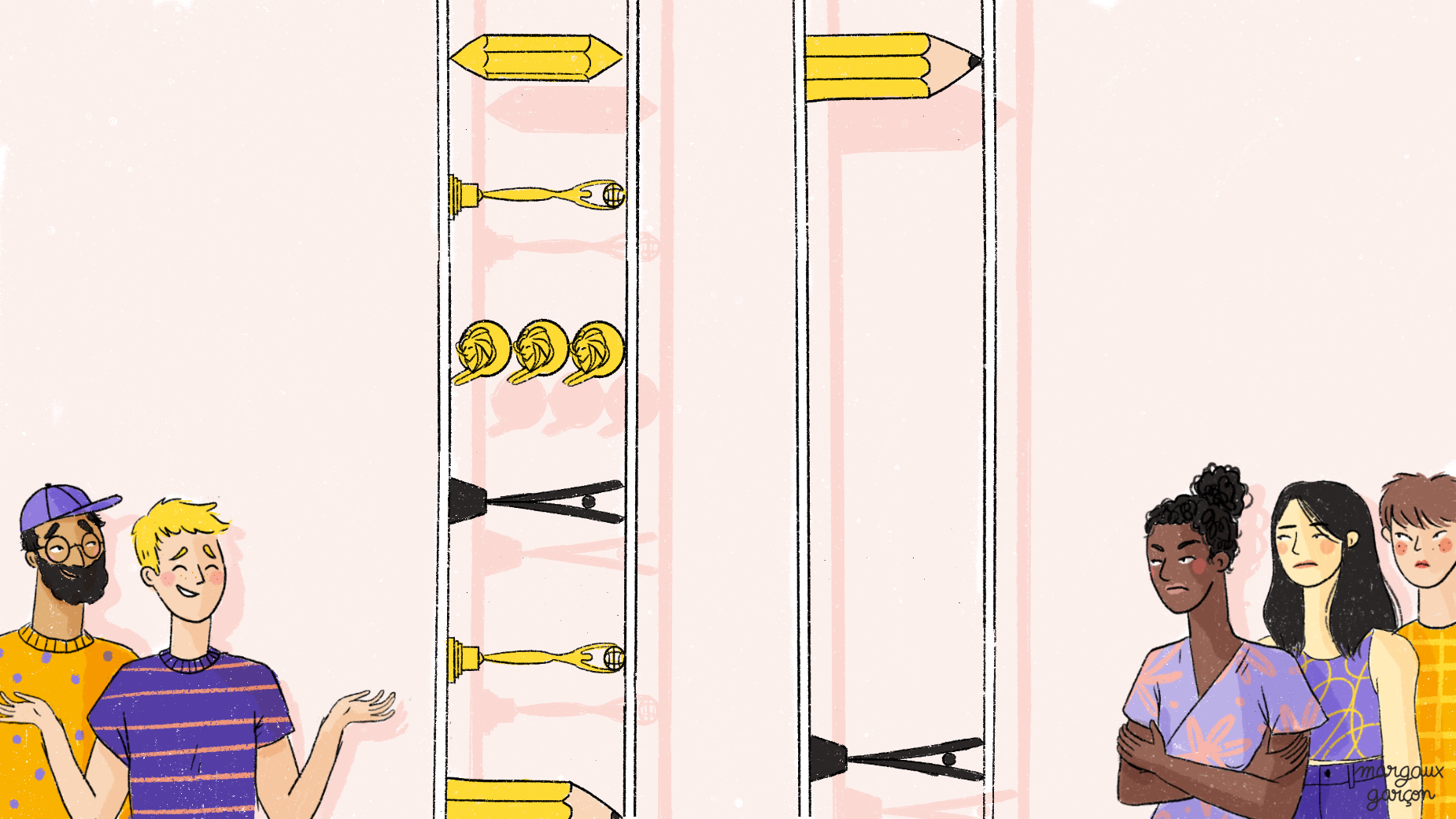 Awards season is upon us. Our LinkedIn feeds are full of jury announcements, humblebrags, not-so-short-shortlists and highly coveted pieces of metal. The difference is this year, we are all entering the season a little bit more sober than usual. The state of the world has ripped away the joy of seeing through rosé-coloured glasses, leaving it impossible to ignore some not-so-glamorous realities about the awards themselves and what they represent.
And no I’m not talking about the fact that we now make ads to sell ads, or that the awards are exclusively of the advertising people, by the advertising people and for the advertising people. But the role that awards play in shaping the future of our industry.
Because they are much more than just a carrot at the end of a really long stick.
When you think about how we define the success of one creative over another, it’s based almost entirely on the shiny statues they have sitting on their desks. By that logic, we should be able to easily identify the best creatives in our industry based on who wins the most each year, right?
That’s the entire principle behind The Drum’s prestigious World Creative Rankings, where top 100 lists are released each year for CCOs, ECDs, CDs, copywriters and art directors. These lists are highly respected, and play an important role in reputation, recruitment and promotion.
Want to take a guess at how many women feature in these lists? (That’s right I counted). And remember this is pure data, there is no smokescreen, no ‘we support women’ push in the industry press to hide behind.
Let’s start at the top. Only 12 of the names in the highest ranked award-winning CCOs are female.
Not ideal, but not really any surprises there. We know that while we talk a big game about gender equality, those in power aren’t ready to give up the top position to a woman just yet. So while it’s disappointing and oh-so-frustrating, it’s also not surprising that when we move down a level to the ECD list, there are only 13 female names present.
But what about the creative director level? Doesn’t it feel like every other week a new female talent is being promoted? Even so, according to the list only 13 of those women are winning enough awards to be ranked.
Doesn’t that sound a little off to you? That only 13 women in the entire world are making enough award winning campaigns to make a list like that? Think about the women you work with, do you really believe they are less able to find exceptional creative ideas?
Welcome to the awards gap.
Because if winning awards is the stepping stone to becoming a top creative in the industry and to win those awards you need to have leaders who support diverse ways of thinking, then it’s no real surprise we have a huge disparity problem at the top.
Women are not winning fewer awards because they are less talented. Female creatives are being set up to fail. Not only are we being paid less, listened to less and promoted less…but all of those things result in us having less opportunity to win awards, which gives us less opportunity to be paid more, listened to and promoted.
What’s just as alarming is this cycle is not only a problem on the creative leadership level. Even on the art director and copywriter top 100 lists, only 30% of the names are female.
The awards themselves may not be the cause, but they bring to light the problem in a way we can no longer ignore. Yes it’s another gap that we need to fight to close, but when we start to see more women being recognised for their award winning ideas, we will know that real progress is being made.
view more - Columnists