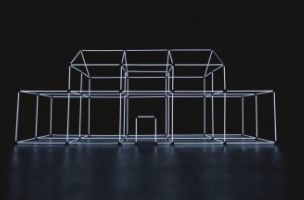 The Assembly Rooms' Nik Hindson worked closely with directing collective Another Space on these beautiful new spots for Hiscox.

Another Space, a creative studio newly signed to Academy Films, have produced celebrated collaborations with artists such as Jay Z, James Blake, Massive Attack, Coldplay and U2 and brands such as Nike, Google, Hermes, Cartier, Samsung and BMW.

Nik attended the shoot at Black Island Studios where an impressive array of light installations were constructed, designed to follow the passage of light and imitate the shape of a home.

The 'Ever Onwards' campaign, all executed in-camera, is being shown during the ad breaks for Channel 4's new home design show 'Best Laid Plans'.