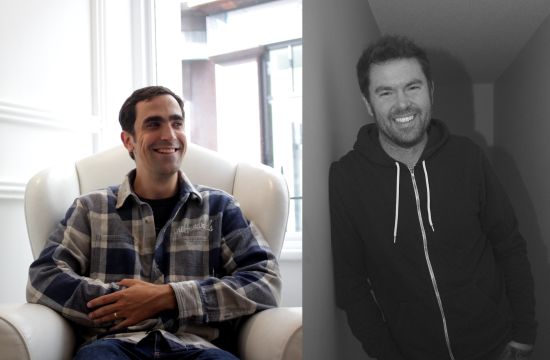 International creative production company The Ambassadors is taken to an unprecedented new level of excellence with the hire today of award-winning VFX supervisor Stephen Pepper, who brings 20 years’ experience and creativity producing visuals for feature films, TV series and commercials.

Stephen’s arrival happens at an extremely exciting time for the ambitious Amsterdam-based outfit, as it coincides with the collaboration with acclaimed editor James Forbes-Robertson of Whitehouse Post London.

Dublin born Stephen joins The Ambassadors from The Embassy in Vancouver, Canada, on the back of his recent BAFTA and Oscar nominated work for feature films such as the Iron Man trilogy and District 9.

In the commercial field, Stephen has been responsible for compositing and finishing on high-profile ad campaigns for brands such as Citroen, Nike, Mercedes Benz, Volkswagen, EA and Chrysler.  This includes legendary, Clio award-winning commercials Citroen “Alive with Technology” and Nike “Evolution”.

In his new role as VFX Supervisor / Artist at The Ambassadors, Stephen’s remit will involve hands-on supervising and compositing for the company’s broad spectrum of brands including McDonald’s, Adidas, G-Star, Heineken and C&A.

Stephen is joined at The Ambassadors’ Amsterdam headquarters by London-born Editor James Forbes-Robertson of Whitehouse Post London.  James has risen from the ranks of Assistant Editor at Whitehouse Post London since his appointment in 2009 and has worked on a number of high profile campaigns for brands such as Coca-Cola, ID Magazine, BWIN and Jack Wills.  Recent projects include an Xbox Kinect EA Fifa spot starring Snoop Dogg for W+K Amsterdam and the Chivas Regal "Here's to Big Bear" trailer for Euro RSCG directed by Joachim Bach.

Together, Stephen and James will be tasked with raising the game for Europe, not just the creative hub of Amsterdam.

The Ambassadors is renovating its grading suite in time for Stephen and James’s arrival. This includes a new, top of the range Dolby viewing monitor to create unparalleled looks and styles that can be viewed in all formats used worldwide.  This will enable them to provide the highest standard of service from shoot to final delivery.

Stephen comments: “I am extremely excited about joining The Ambassadors and pushing the boundaries of what is possible, both technically and creatively, in the fields of photo real computer graphics and visual effects.

“I have moved with my family from Vancouver to be a part of The Ambassadors and am looking forward to working on high profile European and global projects with James that have real wow factor and talkability.”