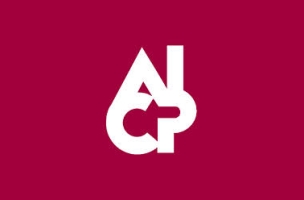 The AICP Show: The Art & Technique of the American Commercial premiered at The Museum of Modern Art (MoMA) in New York City, closing out AICP Week, a celebration of advertising in the motion image, which also included the debut of the AICP Next Awards at the NYU Skirball Center, and the AICP Week Base Camp. Two thousand members of the advertising, marketing and production industries attended the debut of the AICP Show. Serving as chairperson of this year’s Show was Kerstin Emhoff, Co-Founder/Executive Producer of PRETTYBIRD. Following its premiere at MoMA, the Show will tour museums and cultural institutions around the country and abroad.  This year’s winners – along with the entire AICP Show and AICP Next Awards archive – are available for viewing at www.aicpawards.com. Each year, the honoured work becomes a part of the archives of the Department of Film at The Museum of Modern Art. The collection now numbers over 1,700 pieces of advertising in the motion image.

In the AICP Next Awards, the Most Next honour (Best in Show) went to “Social Savvy Burglar” for Allstate, out of Leo Burnett Chicago, and directed by Jeff Tremaine of HeLo. The winner of the Most Next honour directs a $5,000 grant from the AICP Foundation to an educational institution of their choosing. This year’s grant went to Marwen, a nonprofit organization offering free, arts-based youth development programs for under-served Chicago students in grades 6-12. In a typical year, more than 900 students from almost 300 schools travel to Marwen, where they take classes designed and taught by practicing artists.

The most honoured production company in the AICP Awards was O Positive, with five honours, followed by Biscuit Filmworks, Caviar Content, Chelsea, and Smuggler, all of whom received three honours.

Among directors, David Shane of O Positive had the most honours, with four wins. Sam Brown of Imperial Woodpecker and Lauren Greenfield of Chelsea each received three honours.