The AICP Next Awards Premiere at The Tishman Auditorium

“Fearless Girl” wins most next honours 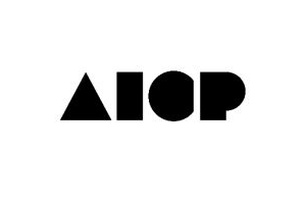 The AICP Next Awards debuted tonight at The Tishman Auditorium. The AICP Next Awards is one of the tent pole events of AICP Week – which also includes the premiere of the AICP Show: The Art & Technique of the American Commercial, and the AICP Week Base Camp, which features educational seminars and panels.  Susan Credle, Global Chief Creative Officer at FCB, served as this year’s AICP Next Awards Judging Chair, as well as the Master of Ceremonies at the Next Awards. This year’s winners – along with all AICP Show honourees – are available for viewing at www.aicpawards.com.  Each year, the honoured work from the AICP Next Awards and AICP Show becomes a part of the archives of the Department of Film at The Museum of Modern Art.

The AICP Next Awards recognises work in 10 categories: Integrated Campaign, Experiential, Social, Branded Content, Website, Mobile, Viral, Virtual Reality, Innovation and Cause Marketing. The Next Awards Judging Chair and the Jury Presidents – and select Curators At Large –from each category select The Most Next Award (Best in Show) from among the winners. This year’s Most Next honour went to State Street Advisor’s “Fearless Girl,” from McCann New York.  The statue, which promotes the company’s She Fund, was placed on Wall Street opposite The Charging Bull, and helped spark a social movement. The winner of the Most Next honour directs a $5,000 grant from the AICP Foundation to an educational institution of their choosing. McCann directed the grant to Girls Who Invest (GWI), a non-profit organisation founded in 2015 dedicated to increasing the number of women in portfolio management and executive leadership in the asset management industry. Its mission is to have 30% of the world’s investable capital managed by women by 2030.

The Mill created the staging, opening sequence and graphic navigation for the AICP Next Awards premiere. Antfood provided music.

Credle served as master of ceremonies at the Next Awards debut. In addition to unveiling the honourees, the winning Integrated Campaigns – KFC’s “The Original Colonel Sanders,” via Wieden+Kennedy; Mars Wrigley Confectionery – “Skittles” out of DDB; and Nike’s “Breaking 2, out of Wieden+Kennedy, presented live case studies.

The additional AICP Next Awards winners are:

Portugal. The Man “Feel It Still"

Burger King “Turning Their Tweets Against Them”

Portugal. The Man “Feel It Still"

Sponsors help makes all of the events during AICP Week possible. AICP Partners and Supporting Partners, who support all AICP events throughout the year, are:  CAPS – A Cast & Crew Entertainment Company and Universal Studios (Partners); and Film Offices of The Hawaiian Island; NEED Financial; Sony Pictures Studios; and The TEAM Companies (Supporting Partners).