The AICP Next Awards Announces 2016 Winners 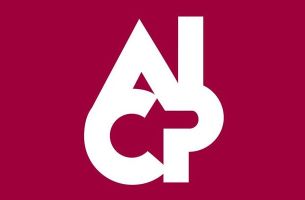 The AICP Next Awards recognizes work in 11 categories: Integrated Campaign, Experiential, Experiential Architecture, Social, Branded Content, Website, Mobile, Viral/Web Film, Virtual Reality, Innovation and Cause Marketing. The Next Awards Judging Chair and the Jury Presidents from each category select The Most Next Award (Best in Show) from among the winners. This year’s Most Next honour went to The New York Times virtual reality piece “The Displaced.” The experience gives users a birds-eye view of what is like to be a refugee of a war-torn country. It was directed by Imraan Ismail and Ben C. Solomon, and produced by VRSE.works for The New York Times. The winner of the Most Next honour directs a $5,000 grant from the AICP Foundation to an educational institution of their choosing. This year’s grant went to Ashoka, an incubator for social entrepreneurs who are using their companies as a platform for good.

The additional AICP Next Awards winners are:

S7 Airlines/OKGO “Upside Down & Inside Out”

The Ad Council “Love Has No Labels”

S7 Airlines/OKGO “Upside Down & Inside Out”

The New York Times “The Displaced”

The Ad Council “I Am A Witness”

No Somos Delito (We Are Not a Crime) “Holograms For Freedom”

The Ad Council “Love Has No Labels”

The Ad Council “I Am A Witness”

No Somos Delito (We Are Not a Crime) “Holograms For Freedom”