The AICP Awards 2019 Honours the Best Advertising of the Year

Awards and Events 302 Add to collection 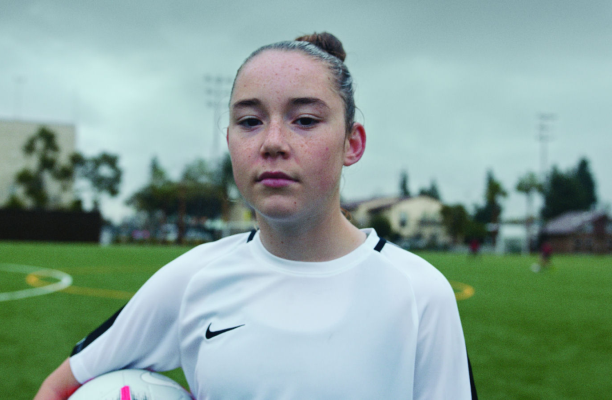 Winners of the AICP Show: The Art & Technique of the American Commercial were presented on Thursday night, June 6th, at The Museum of Modern Art (MoMA) in New York City. Together with the AICP Next Awards, which were presented on June 4th at The Tishman Auditorium in New York, and the AICP Post Awards, which were presented on May 16th at Navy Pier in Chicago, they comprise the AICP Awards’ juried competitions. Daniel Bergmann, founder and president of Stink, was chairperson of the AICP Show, while Jaime Robinson, co-founder and chief creative officer of JOAN Creative, was the AICP Next Awards judging chair.

The AICP Show premiere at MoMA closed out AICP Week, a celebration of advertising in the motion image, which also included the AICP Next Awards and AICP Week Base Camp, which features educational seminars and panels.

The New York Times’ 'The Truth is Worth It' campaign, comprising the spots 'Perseverance', 'Fearlessness' and 'Rigor', was honoured for Advertising Excellence/Campaign. Directed by Martin + Lindsay of Furlined for Droga5, the campaign, shows the determined steps reporters must go through to break significant news stories for The New York Times.

New to the AICP Show this year was the naming of a Marketer of the Year, and the honour went to Nike. The award recognises the Brand/Advertiser that has made a significant impact on the commercial industry by bringing together collaborative teams to create marketing communications in the motion image that not only exemplify an understanding of the creative craft but also serves as an inspiration to their creative partners. The AICP Show Curators determined the Marketer of the Year honouree based on one or more pieces from all category shortlists.

At the AICP Next Awards, presented on June 4th at the Tishman Auditorium in New York, the Most Next honour (Best in Show) went to Pernod Ricard’s 'The Time We Have Left' from Leo Burnett Madrid. Accepting on behalf of the agency was Mark Tutssel, executive chairman and global chief creative officer of Leo Burnett. The film, which shows people reacting to an online tool showing them how much time they actually have left to spend with their loved ones, sparked a public discourse about the role of technology in society and the need to focus on real-life relationships. It was directed by Felix Fernandez de Castro of the Spanish production company Tesauro.

The winner of the Most Next honor directs a $5,000 grant from the AICP Foundation to an educational institution of their choosing. Leo Burnett Madrid has directed the grant to Reboot & Recover, a Florida-based non-profit with a mission to help people reduce their screen time by providing solutions for balanced living in a technology-driven world.

The most honoured production companies in the AICP Awards (across the Show and Next) are Epoch, Furlined and MJZ, with 6 honors each, followed by O Positive, RadicalMedia and Somesuch, which each earned four honours. Biscuit Filmworks and SMUGGLER each received three honours.

Also new to the Show was is a Best New Director category. The inaugural winner of this honour is Jenn Nkiru of ICONOCLAST. She was honoured in recognition for her work on a spot titled 'Black to Techno' for Gucci & Frieze.

On the agency front, BBDO earned nine honours (comprising seven for BBDO New York and one each for AlmapBBDO and AMV BBDO), as did Droga5, while Wieden+Kennedy earned six honours. The in-house agency at Apple earned five honours and R/GA earned four honours. DDB and the in-house agency at Squarespace each earned three honours.

Topping the list of honoured brands was Apple, with six honours, followed by Hennessy and Nike, the AICP Show’s Marketer of the Year, with four each. AT&T, HBO, Nordstrom, Samsung Global and Squarespace had three honours each.

Following its premiere at MoMA, the Show and Next Awards will tour museums and cultural institutions around the country and abroad. All of this year’s winners – along with the entire AICP Show and AICP Next Awards archive – are available for viewing at the newly-redesigned AICP Awards site.

Each year, the honoured work from both the AICP Show and the Next Awards presentations becomes a part of the archives of the Department of Film at The Museum of Modern Art. The collection now numbers over 1,975 pieces of advertising in the motion image.

Sibling Rivalry created the staging, opening sequence and graphic navigation for the AICP Next Awards premiere, while Yessian provided music. The AICP Show reel features custom-designed graphics by Stink Studios, which also provided original music and sound design. The Show Sponsor reel and loop was created by Golden Wolf, with music by Antfood.

Sponsors help make all of the events during AICP Week possible. AICP Partners and Supporting Partners, who support all AICP events throughout the year, are: CAPS – A Cast & Crew Company and Universal Studios (Partners); and Film Offices of The Hawaiian Islands; Musicbed + Filmsupply; NEED Financial; Sony Pictures Studios; and The TEAM Companies (Supporting Partners).