The ADCAN Awards Head to Hollywood 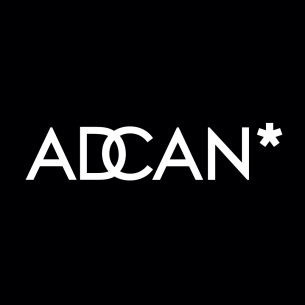 Not-for-profit, creative organisation ADCAN today announces the launch of the 2017 ADCAN Awards. The annual film-making competition returns for its fourth year, and for the first time the awards ceremony will be held in the home of film, Los Angeles, where it will continue to champion creative talent and give emerging filmmakers access to some of the best creatives and industry leaders in the world.

The participants will make original films for one of ADCAN’s six partner charities to help promote their cause. In keeping with the new international focus of the competition, the charities selected will reflect themes dominating the current global landscape; THE REFUGEE CRISIS, GENDER EQUALITY, LGBT+ RIGHTS, THE ENVIRONMENT, DIVERSITY & FOOD WASTE. Of the six charities three are based in the UK and three in the US; The Helen Bamber Foundation - which supports refugees and asylum seekers who have experienced extreme human cruelty, such as torture and human trafficking, The Fawcett Society - the UK’s leading charity campaigning for gender equality and women’s rights, City Harvest - a food surplus redistribution service, WERK for Peace - an LGBT charity set up in the wake of the Orlando massacre last year, Grid Alternatives - an initiative which provides solar electric systems to low income families, and NEDA - The National Eating Disorders Association based in the US.

The free-to-enter competition invites unsigned creative, filmmakers and animators from across the globe to select a brief of their choice from one of the charities, and create a 60 or 30 second film which helps to spread the charities’ messages in a vibrant and creative way. The winning filmmakers will be selected and invited to attend the awards ceremony in Los Angeles in October.

Steve Jobs once said, “People with passion can change the world for better”. ADCAN was founded on that belief by Dan Heighes, Brydon Gerus & Deborah Casswell who met whilst making world class work for Apple at Media Arts Lab. ADCAN has successfully mobilised the film and advertising industry to make a real difference and in 2015 was awarded a Points of Light Award from the UK Prime Minister David Cameron.

Deborah Casswell, Founding Partner, ADCAN, says, "In times of uncertainty creativity and innovation flourish. The ADCAN awards provide a way for filmmakers to take action and use their creativity as a force for good”

Ringan Ledwidge, Founder & Director, Rattling Stick, says, “We're really excited to be involved once again with The ADCAN Awards and looking forward to uncovering some more incredible talent.  It’s been great seeing it grow & develop into what it is today”

The ADCAN Awards have proved a veritable breeding ground for new talent and many of the ADCAN alumni have secured full time employment with leading production companies, such as ADCAN partners Rattling Stick and Partizan. The scheme has established a wide network of filmmaking experts who have offered support, stewardship and guidance to previous entrants.

The competition is open from today, budding filmmakers should visit: www.adcan.com to download the briefs.