The Ad Industry Should Be Asking for Friendship This Christmas 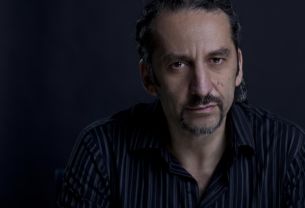 Christmas is coming and every time it’s the same story. We ponder which gift we would like to receive. Which gifts we want to give? What do we want from Santa Claus? A new watch? A scarf? More money?

I think that success for an artist is to have more and more friends, people that are reflected in your work, and this happens when people trust you. And people trust you if there is transparency, if what you say is true, even if it is all about a toothpaste...

That's what brings money and the watch. No friends, no gifts...

Picasso said, “We are part of the world creation, and we ourselves create nothing.” This is the creative act, find gifts for the minds of people; gifts that dazzle, excite, gifts that are desirable and desired. A meaningful gift.

For instance, it is said that Coca Cola invented Santa Claus, but this is not true. All versions of the modern Santa Claus, thus called in English-speaking countries, primarily derived from the same historical figure St. Nicholas, Bishop of Myra (now Demre, a city located in modern Turkey), who is said to have found and brought back to life five children, kidnapped and killed by an innkeeper, and for this reason was considered the protector of children. The name Santa Claus is derived from Sinterklaas, the Dutch name for Saint Nicholas.

In the illustration titled Christmas Eve 1862 from U.S. magazine Harper's Weekly, illustrator Thomas Nast depicted Santa Claus with a red jacket, white beard and boots. In the '30s, the Coca Cola company used Santa Claus for its Christmas advertising, and dressed him in red and white, as the logo of its famous drink.

As you can see a good advertisement does not invent nor does it manipulate. As Don Draper said in Mad Men “…there is no big lie. There is no system.”

In fact, there is no great conspiracy, because people recognize what is true, what already belongs to them. Hence Coke did not invent Santa Claus, because he already existed! They just used him as a testimonial. That's the reason for the success of Santa Claus: it was recognizable, it was not a lie, it belonged to the collective imaginary.

Good for Coke, good for us!

Since, here at leftchannel, we believe that Santa still exists, we ask as a gift for next year, and for “Christmas’ Yet To Come” to get more friends through meaningful work...