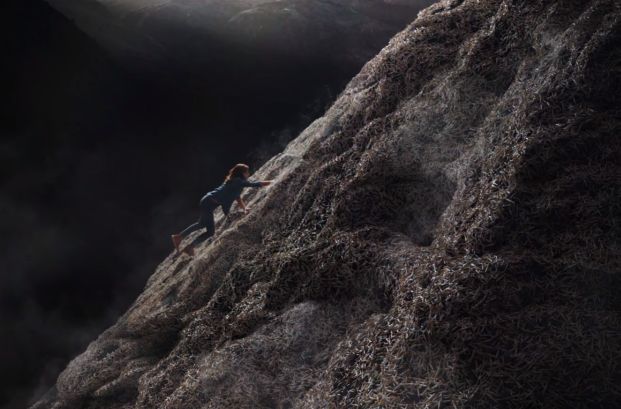 To raise public awareness of lung cancer—the leading cancer killer of men and women—the American Lung Association’s Lung Force initiative has partnered with the Ad Council to launch the first national public service advertising (PSA) campaign to educate Americans about a groundbreaking lung cancer screening for those at high risk. This potentially lifesaving low-dose CT scan (LDCT) can detect lung cancer in the early stages, before symptoms arise, when more treatment options are available and the chances of survival are higher. The campaign, “Saved By The Scan,” was developed pro bono by creative agency, Hill Holliday, and launches today on World Lung Cancer Day.

This campaign targets the estimated 9 million people in the U.S. who are at high risk for lung cancer and should talk to their doctor about getting screened. Individuals at high risk are: anyone aged 55-80 who is a current smoker or, anyone aged 55-80 who quit smoking in the last 15 years and smoked the equivalent of 30 “pack years” while they were smoking (1 pack a day for 30 years, 2 packs for 15 years, or any combination of years and packs that equals 30).

“Lung cancer is the nation’s leading cause of cancer deaths, and lung cancer screening for individuals at high risk is truly the breakthrough we need to save more lives and turn the tide against lung cancer,” said American Lung Association National President and CEO Harold P. Wimmer. “Lung cancer screening is a powerful opportunity to save lives by diagnosing the disease in early stages when more treatment options are available. Screening can potentially save thousands of lives, and through this campaign we hope to empower and motivate former and current smokers to learn more about their screening options.”

“This campaign is vital to addressing one of the most overlooked and deadly health crises of our time,” said Ad Council CEO and President Lisa Sherman. “We know that this new compelling campaign will empower people at risk, or who have loved ones at risk, to get screened and ultimately save lives.”

The television spot, featuring a former smoker climbing to the top of a vast mountain of cigarettes and ash, is symbolic of the effort it took to quit smoking. After conquering the addiction, proactively taking the extra step to get screened for lung cancer is punctuated by the tagline, “You stopped smoking. Now start screening.” The creative was shot by Academy-Award nominee Rodrigo Prieto, the cinematographer behind Silence, Babel, Argo and Brokeback Mountain.

“How often do we get the chance to make advertising that saves lives? With this campaign, brought to life by the unique perspective of Rodrigo Prieto, we get to do just that,” said Lance Jensen, Chief Creative Officer at Hill Holliday. “It’s an honour and a privilege for Hill Holliday to create ‘Saved By The Scan’ for the Ad Council on behalf of the American Lung Association. We hope this work helps raise awareness of this amazing screening technology and prevents lung cancer from taking more lives.”