The Ad Council and Amazon Ask ‘Alexa, What Is Love?’ in New Love Has No Labels Campaign 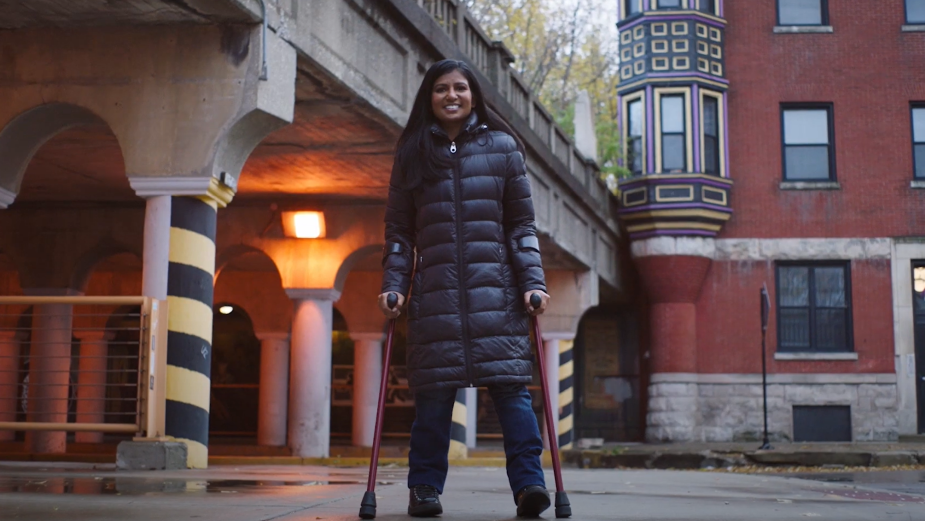 Today, the Ad Council announced it is working with Amazon Ads on its Emmy-Award winning Love Has No Labels initiative to spread messages of love and inclusion across the world. Amazon’s Alexa has been asked millions of questions about love, and the newest campaign, 'Alexa, what is love?', aims to encourage people to take meaningful actions to foster inclusivity within their communities. When people ask their Alexa-enabled device, “Alexa, what is love?”, they’ll now receive a response from people of various backgrounds and identities sharing what love means to them.

“We are proud to work with the Ad Council to give a voice to customers in such a meaningful way through Alexa,” said Alan Moss, VP of Global Advertising Sales at Amazon. “At Amazon, we are committed to increasing diversity, equity, and inclusion, and we’re excited for Alexa to share diverse perspectives from our customers. The Love Has No Labels campaign resonates with our goals and the important work to be done.”

“We’re honoured to partner with Amazon and Alexa to redefine what love means by bringing diverse stories of inclusion directly into people’s homes. Our hope is that when audiences ask about love, they will hear voices that inspire them to take action in their communities,” said Ad Council president and CEO Lisa Sherman. "This collaboration is right in line with the goal of Love Has No Labels—to flood culture with messages of unbiased love across race, age, gender identity, religion, ability and sexual orientation.”

The campaign will also include a documentary-style film directed by Rodney Lucas, an award-winning Brooklyn-based documentary filmmaker from the southside of Chicago. The film delves deeper into the lives of the people featured in the new Alexa response, and how acts of love have helped them, and others, feel more included. In one instance, when a person asks Alexa about love, they will hear the voice of Dianne, a community activist and wellness coach, who responds: “Love is when we create safe spaces for Black women.” Other voices and stories include:

○ “Love is showing patience and understanding when someone is learning a new language.”

○ “Love is when someone acknowledges how I identify.”

○ “Love is opening your doors to others without expecting anything in return.”

○ “We gotta look out for each other, that’s how we show love. We gotta show love by being there for one another.”

○ “Love is to be there for someone without judgment.”

○ “Love is supporting people in pursuing their dreams, no matter their abilities.”

○ “Love is when true allies protect my voice.”

The "Alexa, what is love?” campaign will be promoted in Amazon audio ads, Amazon streaming TV ads, social media, and digital formats nationwide. People can learn more at amazon.com/lovehasnolabels, which features the aforementioned individuals’ stories as well as inclusive actions everyone can take. When we act with love—by educating ourselves, taking meaningful action, and supporting organizations that help communities who have been marginalized—we can combat bias, discrimination, and hate.

The Love Has No Labels campaign first launched nationally in 2015 with a video of skeletons dancing and embracing before coming out from behind an x-ray screen to reveal themselves as diverse couples, friends and families. The original "Love Has No Labels" video became the first PSA to win an Emmy for Outstanding Commercial and received more than 169 million views making it the second most viewed social activism video of all time. In 2016, it was followed by "We Are America" featuring WWE Superstar John Cena celebrating the diversity of America on Independence Day. In 2017, Love Has No Labels put a twist on the kiss cam by turning it into a symbol for unbiased love with "Fans of Love." The campaign launched its first short film in 2018 with "Rising," written by Lena Waithe (The Chi, Master of None) and directed by David Nutter (Game of Thrones), asking the question, "why does it take a disaster to bring us together?" Most recently, in June 2020 Love Has No Labels took a clear stance against racial injustice with "Fight For Freedom," revealing the stark contrast of the simple freedoms that many take for granted and the systemic racism Black people face every day in America. In July 2020, the campaign launched “Fight the Virus. Fight the Bias.” to combat hateful rhetoric that the API community is experiencing amid COVID-19. In total, the campaign’s six videos have exceeded 397 million online views.

Since the Love Has No Labels campaign's initial video launched in March 2015, there have been over 19.2 million U.S. sessions on lovehasnolabels.com. Since the launch of the campaign, significantly more adults agree that they can create a more accepting and inclusive environment (61% in March 2015 to 75% in June 2021), according to a survey commissioned by the Ad Council and conducted by Ipsos, Public Affairs. To date, the campaign has received more than $154 million in donated media.