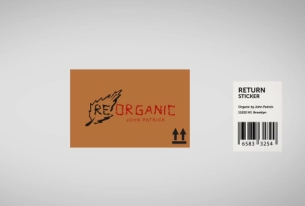 The ADVERTISING Club of New York and Google today announced the winners of the 2014 Young Innovators Award, which recognizes brilliant innovation from individuals under the age of 30. Stefan Apswoude and Willem Droog were selected by a jury of industry experts for their project, ReOrganic by John Patrick. In addition to esteemed recognition from their peers and the industry, Apswoude and Droog will receive a $5,000 cash prize.

ReOrganic is a platform under the fashion brand Organic that enables people to donate used clothes to fashion schools across the U.S., allowing young designers to bring their ideas to life and showcase their designs online on ReOrganic’s website. From there, the best designs are invited to be displayed on the runway at New York Fashion Week. Inspired by the cycle of nature, Apswoude and Droog created ReOrganic and its recycling business model to eliminate the disposal of textiles in landfills that contribute to the emanating impact of global warming.

“We thought about what Organic really stands for and came up with a solution to give fashion students a chance to take something old and create something new,” said Apswoude and Droog. "This business proposition is based on a strong combination of storytelling and an actual solution. We hope to make this happen in the real-world, and it's extremely important to tell it in an inspiring way in order to truly engages people.”

Apswoude, 24, and Droog, 26, have been a creative duo for nearly three years. They spent four years at Willem de Kooning Academy in Rotterdam, where they participated in a semester-long exchange program at New York’s School of Visual Arts. After that, they joined TBWA and eventually landed their current roles as Junior Copywriter and Junior Art Director, respectively, at Amsterdam-based ad agency Being There.

“Google is the perfect partner for the Young Innovators Award,” said Gina Grillo, President & CEO of The AD Club of New York. “Highlighting the work from budding creatives and entrepreneurs underscores the importance of professional development at an early stage in marketing, media and advertising careers, which is in the DNA of both the AD Club and Google.”