The 5 Scariest Characters of a Creative Agency

Trends and Insight 696 Add to collection

It’s not just on Halloween that an agency is frightening, as Maria Kivimaa, Strategist at FCB Inferno, reveals 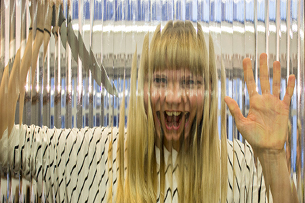 An advertising agency can be a frightening place. A heady mix of personalities, skills, traits and quirks collide and, while it’s mostly amicable, things can get scary. Ok, maybe we’re exaggerating slightly – all in the spirit of Halloween no less! – but FCB Inferno strategist Maria Kivimaa has rounded up what she thinks are the five most frightening ghouls of a creative agency.

They wear trainers from Shibuya. They brew their own coffee in a basement in Walthamstow. They won some awards last month. They are fucking brilliant (probably the best in the industry right now). They know it. They show it. You can’t sit with them.

He comes in early, leaves late and does your job better and quicker than you – all with a smile on his pretty, fresh face.

They call her the walking dictionary: she looks flat but contains more useless ‘facts’ than Yahoo Answers and talks solely with foreign-sounding words with pre-fixes you’ve never heard of. This is, of course, a façade – she’s winging it, just like the rest of us. You know this. Don’t you? Or…could it be…that you are just a little bit…simple? Should have held on to those brain cells over the weekend, mate.

He listens to Norwegian death metal, doesn’t shower and has no facial expressions. Does he have access to napalm? Does he own a gun? Does he even work here? Is his name Kevin? So many questions, so few answers. We need to talk about this.

5. Everyone, on the day after the agency Christmas party.

Just keep your headphones on and avoid any eye contact.

(Disclaimer: All characters appearing in this work are fictitious. Any resemblance to real persons, living or dead, is purely coincidental.)