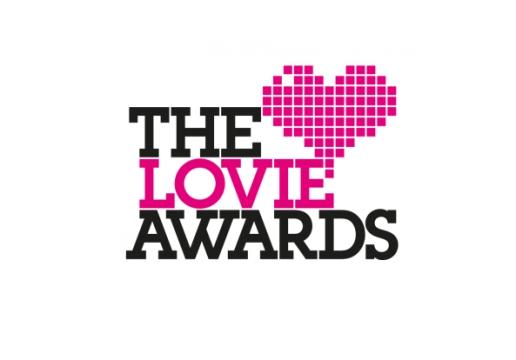 The International Academy of Digital Arts & Sciences (IADAS) has today announced Finalists for the 4th Annual Lovie Awards, which include some of Europe’s most innovative websites and apps including Vice News, Tate, Mubi.com, VisitBritain and Qixxit, as well as some of the region’s smartest, most Web-focused brands and celebrities like Jamie Oliver, ASOS, Mercedes Benz and IKEA.

Hailed as “celebrating the best that Europe has to offer online” by The Next Web, The Lovie Awards honours the greatest in digital across Websites, Online Advertising, Internet Video, Social and Mobile & Apps. The Lovie Awards is the European sister of the global Webby Awards.

The public has a chance to weigh in on which of the Finalists will take home a People’s Lovie Award by casting their votes at www.peopleslovie.eu. Voting is open from now through Thursday, 9th October at 11:59PM GMT. Members of IADAS, the judging body of The Lovie Awards, include Stephen Fry, the “Father of Wi-Fi” Vic Hayes, Songkick Co-founder Michelle You, Founder of Buzzcar Robin Chase, Digital Director of the Nike Foundation Sophie Rouse, and Edu Pou, Head of Creative Innovation at Wieden + Kennedy Amsterdam.  All Winners will be announced on Tuesday 14th October.

"This year's Finalists really start to show the promise of Europe as a connected society where our social interactions help shape and enable so much of our daily life," said Nicolas Roope, Academy Chair for European IADAS members. "We are excited to share these outstanding works from across the region and see which ones the public will choose as Lovie Winners."

This year's Website Finalists continue to showcase the critical role the Internet plays in everything from commerce to arts and culture. Finalists include Snapshots of Provence, Last.fm, Swiss Air, Wired Italia, Dutch National Opera & Ballet, TripAdvisor, and Harvey Nichols.

Many of the Online Advertising Finalists received millions of social interactions, including Do It For Denmark (Robert/Boisen and Like-minded, Copenhagen), The Hornbach Hammer (Heimat, Berlin); Be a MAN (Volontaire, Stockholm); i-Remember (Werkstatt, Paris); Schiphol Destination Unknown (FHV BBDO, Amsterdam) and Audi’s "The Perfect Day" (Razorfish, Frankfurt).

Google is the premiere supporting sponsor of The 4th Annual Lovie Awards, joined by MailChimp and returning sponsor Media Monks.

All Winners will be celebrated at The 4th Annual Lovie Awards on 11 November 2014 at St Lukes LSO in London.

Highlights of The 4th Annual Lovie Awards Finalists include:

How Sustainable is Your Smartphone (The Guardian)

The Genealogy of Nike Free

A Trip Out to Sea

Do it for Denmark