The 2015 LOTUS Awards Opens for Entries 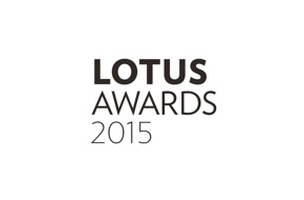 The new and improved LOTUS Awards, an annual celebration of creative excellence, innovation and the best in B.C. communications, has announced its 2015 call for submissions – due Tuesday, August 4, 2015 at 12:00 PST.  B.C. marketers, agencies and communications professionals are strongly encouraged to review the revised submission guidelines for the newly enhanced competition here..

“Updated, redefined and streamlined, the LOTUS Awards made significant changes to its categories, submission requirements and the judging process to enhance this year’s competition to better reflect the marketing communications mix in B.C.,” says Jani Yates, president, Institute of Communication Agencies, the presenting organization behind the competition.

Following a review of its categories and submission requirements, best practices from other award platforms, as well as gaining candid feedback from B.C. agencies and marketers, the LOTUS Awards overhauled its broadcast, campaign, craft, design, digital, branded content, not for profit/public service, out of home, print and media innovation categories and added public relations to the 2015 competition.

Applicants should note a new rule, while creative may be entered into several applicable prize categories, no individual creative execution can win more than two awards, allowing for more B.C. communications to be recognized and to help avoid a single execution from dominating the show.

The LOTUS Awards has also introduced new guidelines to prevent scam ads from being entered into the competition, and entries proven to be fake will disqualify the applicant from entering in LOTUS 2016.

Industry leaders, who represent clients, agencies, digital, design and public relations disciplines, from across Canada and beyond will serve as judges.  The LOTUS Awards, has pledged to participate in the Let’s Make the Industry 50/50 Initiative and is proud to have equal participation of women and men on it’s jury. 2015 LOTUS Awards judging panel includes:

“The handpicked panel of judges are some of the best and brightest in Canadian communications and have demonstrated a passion for creativity and innovation,” explains Nadine Cole, SVP General Manager of Cossette and Co-Chair of the 2015 LOTUS Awards.

In addition to evaluating each submission, the judges are invited to participate in a panel presentation during LOTUS Talks, a new inspirational conference where industry thought leaders from different creative industries share their insights.  During the judges’ panel, a moderator will pose round-table questions pertaining to advertising, the judges’ work and the B.C. market.