The 1975 Goes Post-Punk in Chaotic Music Video for ‘People’ 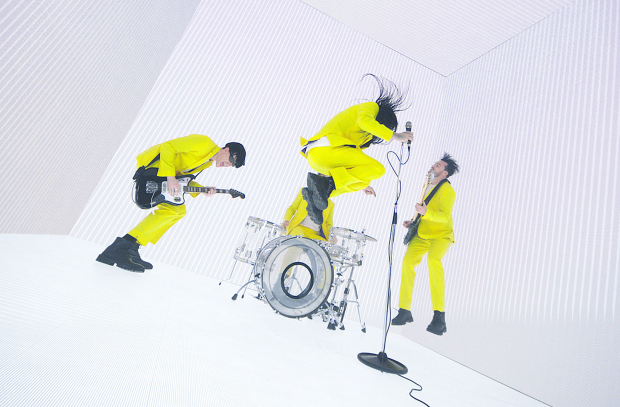 Partizan director Warren Fu has served up a rapid-fire visual feast for his third collaboration with pop band The 1975. The music video for ‘People’ sees the band take a heavier approach to music, straying into post-punk with an anthem that sees lead singer Matt Healy screaming into his microphone.

Warren shared his thoughts on the promo, saying: “Culture has been missing music that defies the status quo, so I was excited to hear that the band wanted to shake things up with their next video. ‘People’ is sort of a snapshot of the current state of our world: social media addiction, misinformation, consumption, environmental waste, binge watching, surveillance capitalism, apathy vs activism, all trapped in a box of relentless media.

“The elements fell into place to create the perfect storm. Ben Ditto, [the band’s creative director], was responsible for the vile and subversive graphics that give the lyrics context. Matty Healy [the lead singer] is one of those rare, once-in-a-generation performers that can pull off this Molotov cocktail of rage and cheeky swagger. My job was to make sure the camera, the movement and pacing all matched that explosive urgency. It felt like a return to the raw aggression of 70s and 90s rock, but with modern technology.”