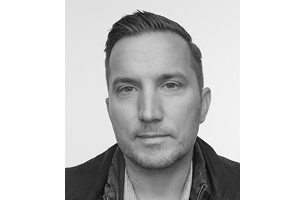 Yes, we can only imagine here in Adland how those focus groups on ‘The Tale of Santa Claus’ would have gone if they had existed. How soggy the sandwiches, how thick and rancid the summary deck by the Focus Group Administrators would have been.

I am grateful for many things this holiday season, but near the top of my list is the fact that the Santa tradition has remained largely untouched. Think about it – millions and millions of people are still going along with this old, fairly insane story. Nobody’s protesting it. Nobody’s faulting it and poking holes in it. There’s no Facebook backlash (well, maybe there is, but I refuse to check). People just let it be magic, year after year, decade after decade, generation after generation. They aren’t looking for what’s wrong with it, why it won’t work, or how it is potentially offensive. This is truly the most magical thing about the holidays – that this time honoured story hasn't been totally f*cked with, updated, or overly politically corrected.

This is the kind of thing that gives me hope in these weird times we live in. There’s still magic. People still believe in tradition. The holidays still matter. And we all collectively still enjoy lying to our kids about a man that comes into our house in the middle of the night and says “SHHHHHH” all David Copperfield-like before he wedges himself up into a chimney. To me, this reminds me that the world isn’t as bad as it seems, and that it's still possible that some truly great insane ideas will make their way past the focus groups and out into the world. Here's to all of us creating some more weird magic in 2015.