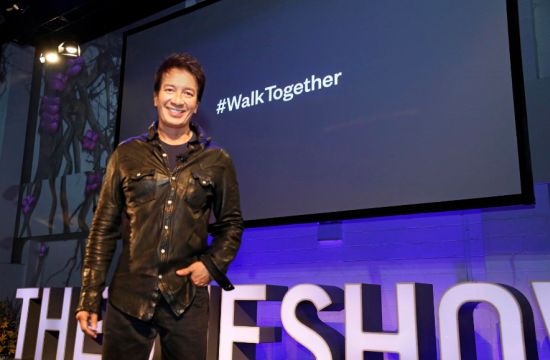 Adland needs to embrace diversity and take a more front-footed approach to LGBT representation, according to Ogilvy & Mather Worldwide CCO Tham Khai Meng. Talking to LBB’s Laura Swinton, he explains that the industry has been slow to adapt to rapidly changing attitudes and that there is a huge opportunity to move beyond ‘box ticking’ to more inclusive, cross-cultural work.

Khai's journey into the world of LGBT representation in advertising was triggered by an invitation to speak at this year’s One Show Creative week. His message to the industry was inspired by the African proverb “"If you want to walk fast, walk alone; but if you want to walk far, walk together".

“I wanted to show that the increasing presence of LGBT families and individuals is part of a long continuum of the gradual inclusion of what we could call ‘outsider groups’,” he explains. “But that’s only one piece of it. I believe that the drive to inclusiveness has reached a moment when things are changing forever. America is about become a nation where the majority of its citizens are from minority groups. I come from a minority group myself and I’m also a bit of an outsider so it allowed me to look at it through that lens.

“As advertisers and marketeers our obligation is to be the heroes, champions, visionaries of this new cross-cultural world. It isn’t about tokenism or ticking off diversity boxes – I don’t want to do that. We’re talking about the active, ongoing celebration of a beautiful cross-cultural complicated world. That’s what my talk was about. I think our industry has the opportunity not just to reflect that but even to lead the way.”

The idea for the talk came about during a conversation with One Show CEO Mary Warlick, when he realised that while many speakers have been rushing to discuss sustainability and brands doing ‘good’, issues like LGBT representation and diversity had been left relatively untouched. “It’s a difficult subject and one that’s very sensitive and maybe risky. I don’t know why this hasn’t been really discussed before. I wish that there had been more time [at the talk] so that there could be a discussion panel. It was very much needed.” 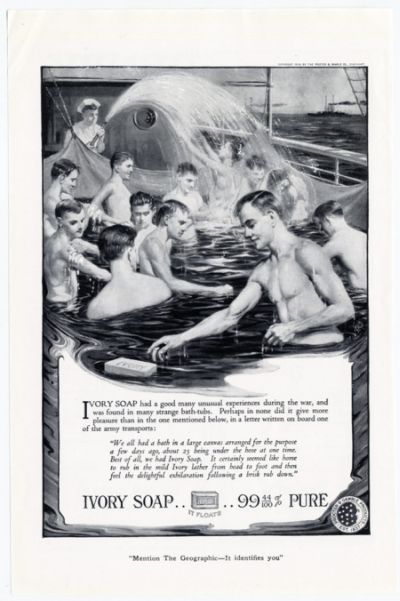 The talk itself examined how mass culture traditionally moves from exclusion to appropriation and included a selection of work from throughout the 20th and 21st century (including ads for Ivory Soap and Cannon Towels that appear surprisingly obvious to modern eyes, despite the coded language and imagery) to illustrate how we are moving towards what Khai calls a ‘Cross Cultural Era’. However, although there has been some progress, he notes that the industry has still got some work to do particularly when portraying lesbians and transgender people in a creatively credible way. 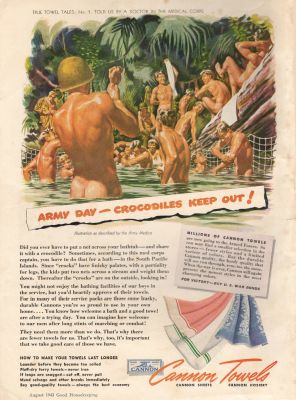 “Here’s the thing, I don’t think we’ve arrived yet. But we’re heading the right way. If we weren’t I don’t think the talk would have happened. I think we’re still in a world where truly cross-cultural thinking in advertising and marketing communication is worthy of note for more than just creative execution. It’s interesting because of what it represents. I think advertising will be telling us that the cross cultural era has arrived when truly cross cultural ads are unremarkable,” says Khai.

What has particularly fascinated Khai is the speed at which attitudes have changed on the issue of gay marriage, which have transformed faster than any other liberation or equality movement to date. This, he notes, has happened at a time when the rate of change in technology is faster than ever before – it’s a social movement that has been driven, in part, by the explosion of social technology.

As David Ogilvy famously said, “Advertising reflects the mores of society, but it does not influence them,” but it seems that the industry has not yet entirely grasped the changing social codes. With mainstream entertainment picking up the baton – Khai cites the success of actors like Neil Patrick Harris, an openly gay family man who portrays a notorious womaniser on TV – the advertising industry has some catching up to do. Even the success of Conchita Wurst at this year’s Eurovision Song Contest no doubt also reflects a greater public acceptance of more fluid notions of gender and sexuality.

In the course of his research, he also looked at transgender representation in advertising, which is still rare. Two key inspirations in this area are his friend Susanne Oberbeck of the band No Bra and adult film producer, LGBT icon and advocate Buck Angel.  “We need more of these people, the cracked ones, the edgy outliers because they will show the way and they will lead us to bigger spaces too. These are the brave ones too, coming out and leading us to inclusion.”

Going forward, Khai is hopeful that the rest of the industry will pick up his entreaty to ‘walk together’ and take the discussion on.  Prior to the talk there was an intensive bout of research from Jeremy Katz, Jeffrey Bowman, Spencer Osborne, Pat Sloan, Harley Saftler and Bob Fagan from One Show. Thanks to this tremendous effort, which saw Khai reach out to academics, trawl One Show archives and in-house experts at O&M, he is convinced that this is a rich area ripe for further debate and – more importantly – action. He has also been cheered by the positive feedback following his talk both from the audience and on social media. “My hope is that I’ve ‘outed’, in some sense of the word, an opportunity for our industry to step out ahead of cultural leaders towards a more inclusive, resilient future that is open to everyone. I also hope that the ad business takes this huge opportunity and runs with it. I hope that clients are right there with us shoulder-to-shoulder. They need to be. I also hope that we come to expect social and purposeful bravery from our brands. I hope we ask corporations to be of the world, for everyone. I hope that all of this becomes so commonplace that it is too boring to talk about. Once it becomes too boring to talk about I think we will have reached some sense of normality – because the only ones worth talking about will be the ones where the creative is just out of the ballpark. I hope that one day it will be commonplace.”

Image courtesy of The One Show.